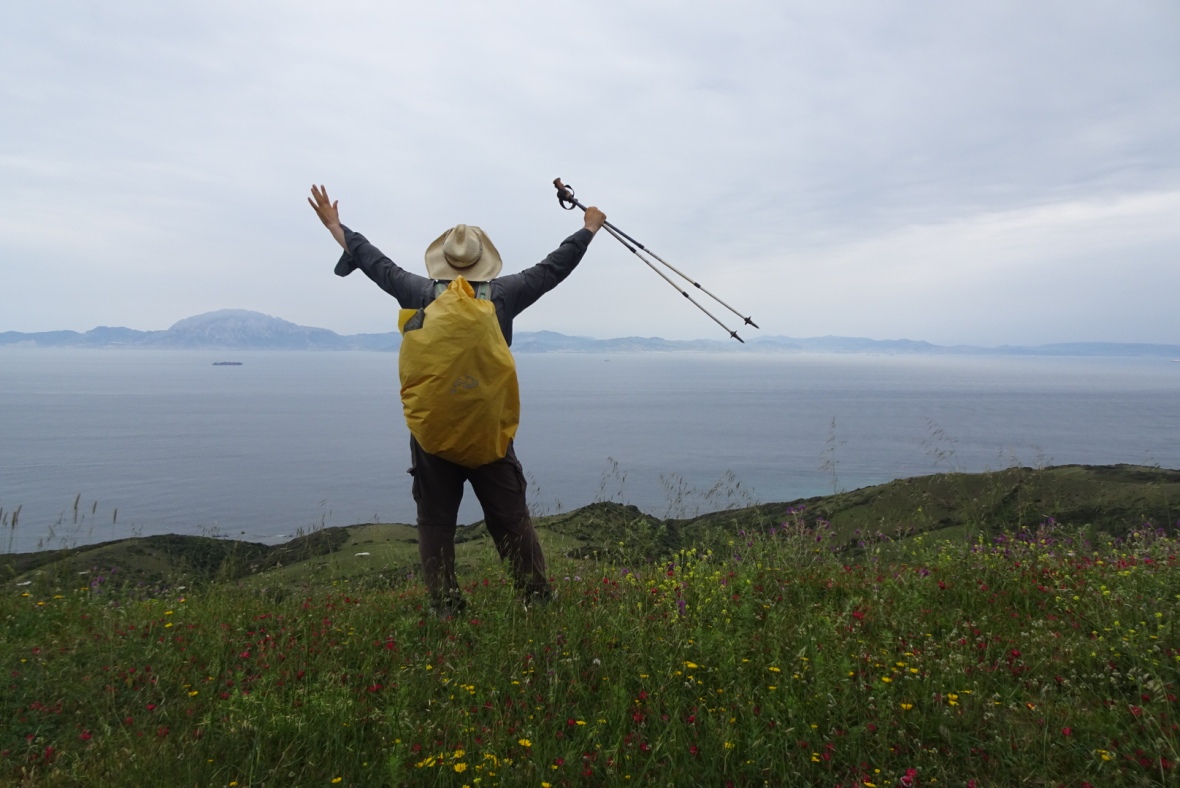 A thin haze hangs in the morning air, blurring imagination and reality. The sun glows gold and silver against the water, leaving Gibraltar to rise like a shadowy battleship among the waves. Giant ships from across the seas, each a thousand feet long, are reduced to a collection of dinghies underneath the dark cliffs. They shrink and slip away with each step until they disappear behind the horizon, leaving only the mighty rock of Gibraltar peeking up from the distance, fading until it too disappears, lost behind the coastal mountains.

“How many more horizons are left,” I wonder.

They once felt endless, standing at Kinnarodden, my heels on the northern edge of the continent, staring south and wondering what lay beyond. I glanced back from the top of a rolling mountain the next day as I stood among the shattered stones of Norway, knowing that in a few steps Kinnarodden would disappear behind me and, with it, the end of the first horizon.

“How many?” I thought then.

I remember glaciers clinging to rocks, fjords glowing under the midnight sun, and waterfalls crashing down. I remember climbing up Halti to stare at the moon, watching it drift along the peaks like a silver ball, and the night the stars first twinkled again in the sky. There was always another mountain, another valley, another herd of reindeer to follow up a distant ridge.

I remember the northern coast of Denmark curving away in a sandy arc as three seals lay in the sunlight, black forests, and German castles rising on distant hillsides. I remember the first glimpse of the Alps, like tiny teeth on the horizon, waiting for me in the middle of winter.

I remember the Mediterranean coast glowing blue in Italy and the wild mountains in southern France. I remember the Pyrenees sliding past until I found a way through, the cold Atlantic shimering around Finisterre, the ragged Portugese coast defying the sea. I remember golden fields of sunflowers, bogs filled with cloudberries, the shade under olive trees spreading their limbs, grape vines trimmed for spring, and oranges bending branches with their weight.

One horizon gave way to the next and I stashed them away, stacking them like a giant flipbook of memories I could thumb through, horizon by horizon across a continent. But there were always blank pages waiting to fill in, hundreds of them, thousands. Now they are almost gone.

The sun burns away the morning haze as I climb an old road through the mountains. It winds on the northern side of the peaks, snaking slowly upward toward a low pass.

I can reach Tarifa tonight if I want to. It’s ten, maybe fifteen miles away. I can count in hours, not days or months.

The road reaches the pass and slips over to the southern face, high above the coast. The Mediterranean is there, beating against the rocks as ships slide by in the distance, but I don’t see it, I can only stare beyond at the silver shadow of land across the water, at the second Pillar of Hercules, at Africa rising from the horizon.

I say it again and again. I say it about Africa and about the end. I say it a thousand times until I believe it, until the ink dries on another precious page.