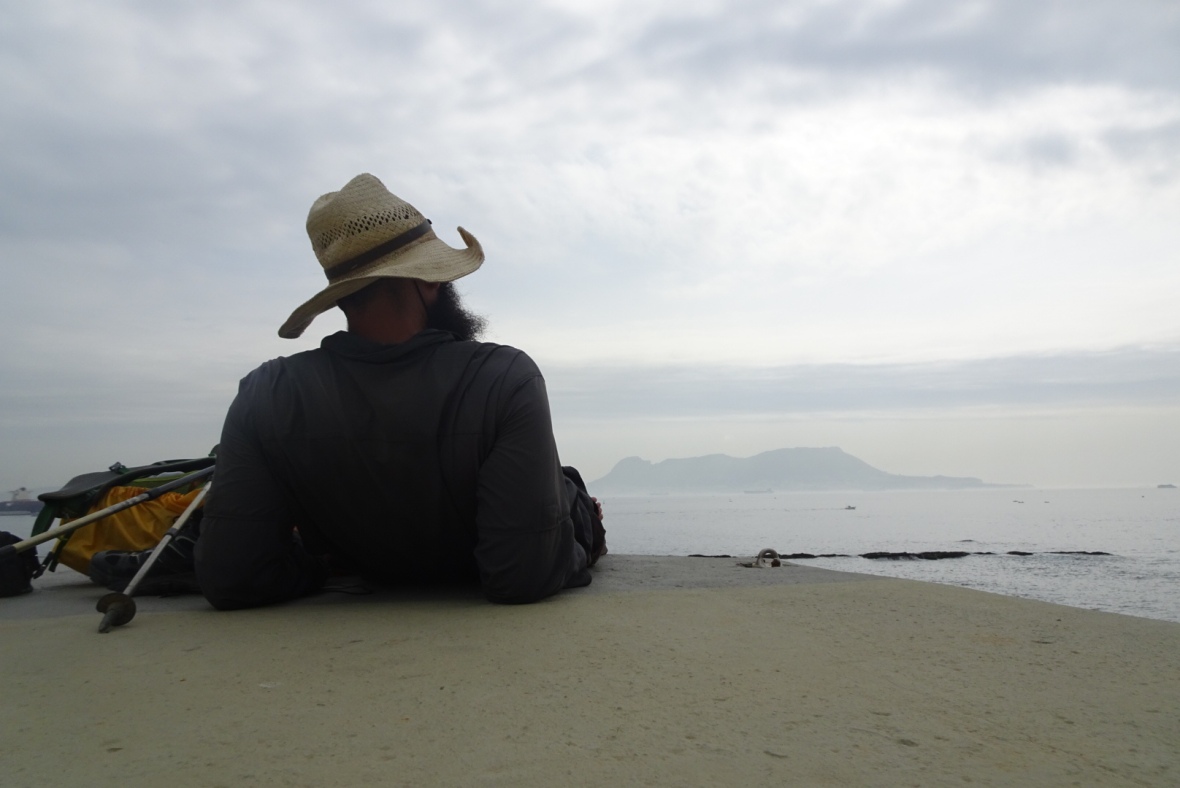 Gibraltar rises like a ghost in the distance, its rock turned into a shadow by the hazy air. I stop to stare, sitting beside a dusty road as the sun glares above. It’s unmistakable. I am certain of its identity without ever having seen it before.

The steep mountain rises from nothing toward the sky, reaching upward in defiance of both gravity and the relentless sea. For a moment I almost believe that it really was the work of Hercules, that he split the Straight of Gibraltar apart with a mighty blow and left this stubborn pillar in his wake.

I imagine Greek ships eyeing the tower, knowing that beyond lay only myth and legend and a black, cold sea. I imagine them praying to all the gods they could to protect them, to Athena and Zeus, to Poseidon and Ares, to any who would listen, knowing that if their sails and oars carried them past the Pillar of Hercules they’d enter the unknown world and never return.

I stare down at my feet then back at Gibraltar, at the Pillar of Hercules, at the end of the known world. I think of Tarifa lying somewhere just beyond, clinging to the last sliver of this continent. I wonder if those old gods are still watching somewhere, peering down from Mount Olympus. Did they see me eleven months ago as I stood at Kinnarodden under the midnight sun or were different gods watching then, gods like Odin, Thor, and the Valkyries? Did they know I’d arrive here one day and think of them like those Greek sailors of legend?

The whole of this journey lay ahead of me then, a world of my own creation, more than six thousand miles, ten thousand kilometers, and eleven countries. It felt almost endless, almost, until I saw the Pillar of Hercules rising toward the heavens and knew that the world I created does have an end, that just beyond that rock lies the unknown, lies something I can only guess at.

Aries, are you listening up there? Odin, have you followed me here from your throne in the north? Thor? Athena? What lies just beyond that rock? Why won’t you tell me?

Only silence answers. I stare at Gibraltar, at the sun above, at the coast curving away, and I know what those ancient sailors knew, that there is only one way to find out what lies beyond the edge of the known world.

I stand to walk again, to finish the journey, to walk past the Pillar of Hercules and see what lies beyond.