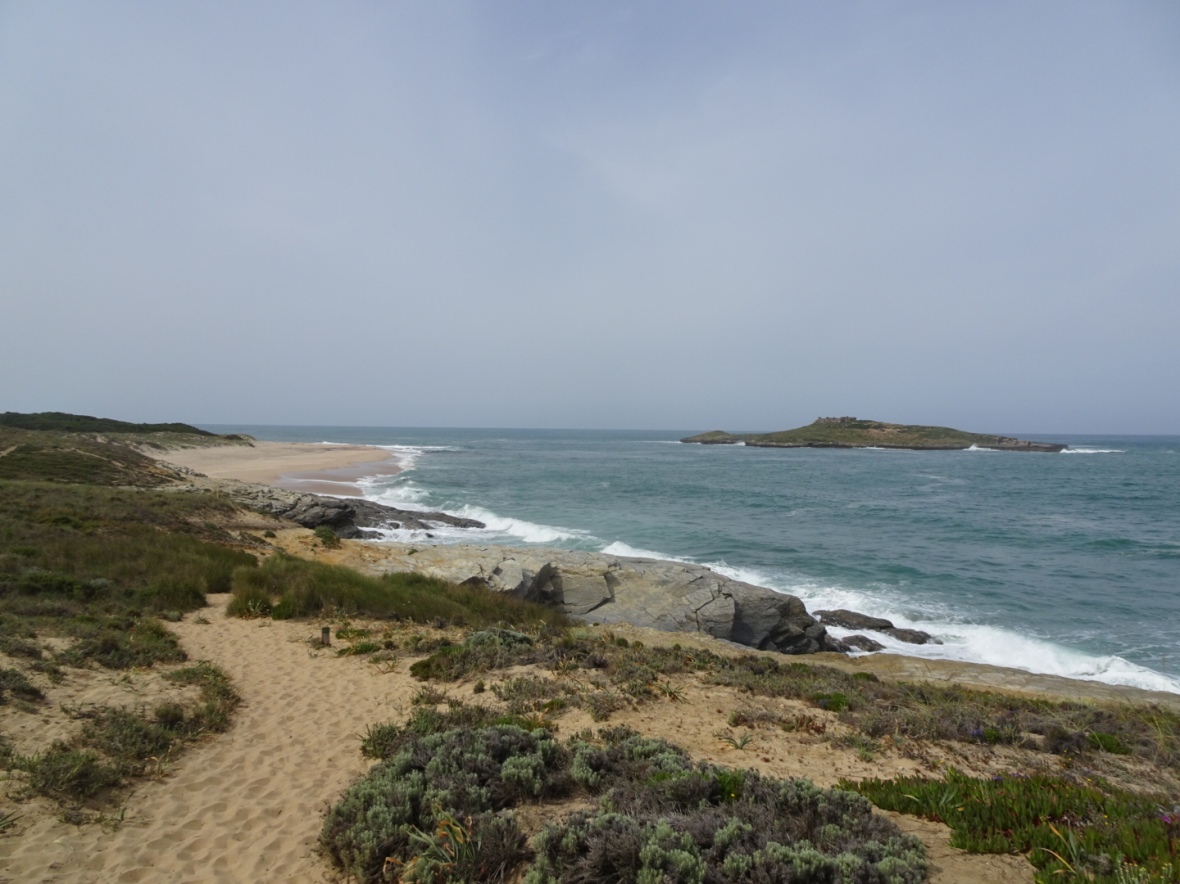 The beach curves out in front of me. Soft sand squishes under my feet, soaking away the power in my stride. It takes a step and a half to cover the distance a step would cover on a road.

I watch the waves crash ashore as I plod on toward the ruins of an old fort rising in the distance. The sand is usually a bit harder along the edge of the water, but I can’t find the right spot. I sway back and forth, but it all seems soft.

A second fort’s ruins cling to a small island just off shore. The two worked together, one guarding the other, both built to defend the coast against the British long ago. They’re just ruins now, land marks along the sandy path south of Porto Covo.

I decide there is no good place in the sand to walk. I’ll just sink with each step, no use worrying about it. As long as I don’t kick sand into my shoes it won’t be too bad.

I reach the fort and follow trail markers around its walls. They had to reroute it after the cliff began to fall away. Waves never leave anything alone for long. I don’t know if the British ever took the fort, but one day the waves will.

The trail picks up on a dirt road then back to a sandy track. It runs south two hundred kilometers to Cabo San Vicente, Portugal’s southern chin jutting out into the Atlantic. A marked trail the whole way. I wonder how much of it is going to be sand. I don’t care. It isn’t the highway and that alone makes me smile.