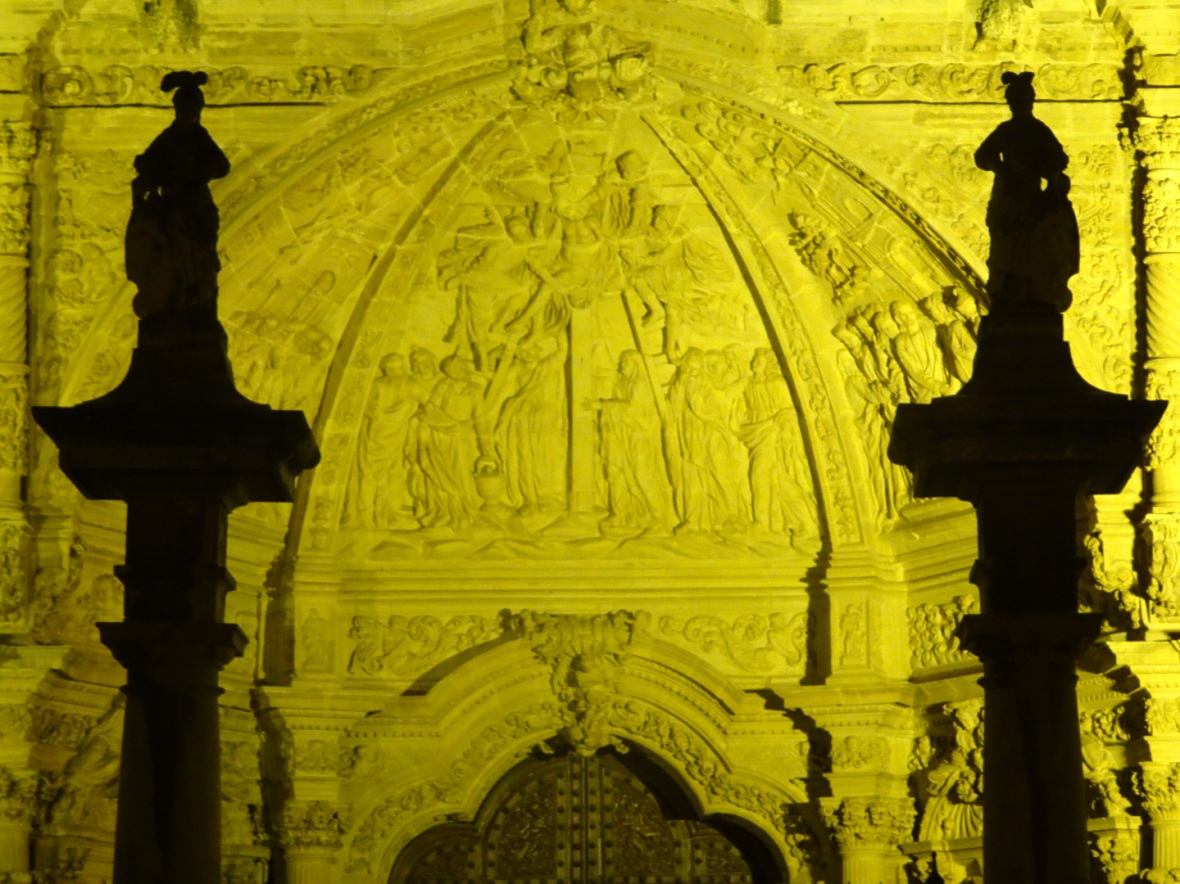 The albergue kitchen is quiet. All the dinners have been cooked. All the food has been eaten. Most people are sleeping. I’m alone, sitting at the table so I can write without bothering my roommates.

A man appears in the doorway and sits across from me. He looks shaken, his eyes wary as if he has seen a ghost.

“Do you have a spare bed in your room?” he asks.

I shake my head. There are four beds, but they are full with a Canadian, Colombian, and Korean. The man’s face drops.

“There are these two men from…”

He doesn’t need to say more. I know.

“Las tormentas que caminan,” I say. “The storms that walk.”

I remember the night I first saw them. I remember the uneven floorboards of the small albergue, the ten beds split across three rooms, the good-natured hello as we settled in, the good night as we turned off the lights, the moment of silence before it began.

Like a duet composed entirely of ripped paper and thrown trash cans, the first tortured breaths came. A call and a response, back and forth, one answering another, each rising in triumph over the last. Walls became meaningless, theoretical concepts. Earplugs became cruel, mocking bits of foam. The building shook on its foundations.

I did not sleep that night. I only stared in the darkness, awed by the force of nature rumbling in the dark, expecting at any moment to see the shadow of a bleary-eyed Jorgelina stomp across the room with the machete of a knife she has to bring silence to the night. She never came and the storms that walk rolled on, mocking thunder’s weakness with every breath they took.

“I’m sorry,” I say to the man across from me at the table.

I say it again as we brush our teeth in the bathroom and feel the walls rumbling from his room next door. It sounds like two giant animals dying slow deaths. He looks at me like a man condemned. He is.

The storms that walk are a force of nature, indiscriminate, unceasing, unstoppable. They come, they go, they move on to the next albergue. You cannot fight them, you can only accept them and appreciate their power for the awesome display that it is.

“Good luck,” I say and disappear down the hall.

I lay in my bunk and close my eyes. Even three rooms away, the distant rumble reaches me, faint, like thunder on the horizon. I slip my earphones in and drift to sleep, probably to snore myself, my own faint imitation of the storms that walk, like an artist trying to capture the Grand Canyon with a disposable camera.