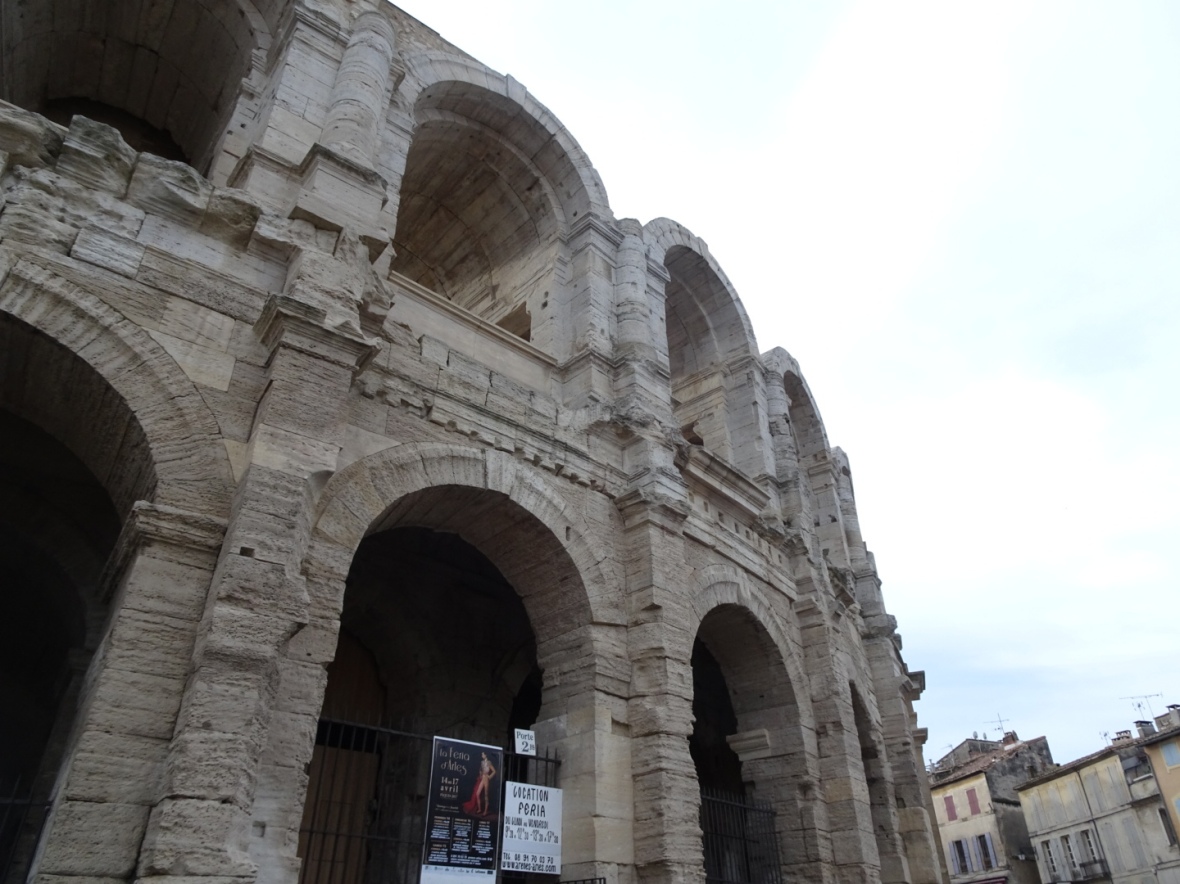 The old town of Arles is a maze of narrow streets. I twist through them, following my whim, getting a bit lost in the turns. It was a Roman capital once and the ancient amphitheatre still rises in the middle, its old stones standing tall to host concerts, plays, and bullfights over the same ground that once soaked the blood of gladiators.

More twists through the streets and I arrive at the Rhone, a mighty river draining from the Alps. It is the reason Arles exists, a city to connect the trade flowing down the Rhone to the sea. I think of the distant mountains, of Lake Geneva, and a different route I could have taken back in Aarau had Gotthard Pass turned me back. I walk the river banks then cross on a bridge, leaving the old town behind.

I stop at a bakery on the other side, just before the city seems about to break apart into farmland and forest. Unsure what to order, I stare into the display case as the woman behind the counter helps someone else.

Then I hear a voice and see an old woman looking at me. She is tiny, just a shade taller than the counter, and stands there smiling at me while I mispronounce words. I point to some sort of fig cake and a raspberry tart. She peers down to make sure she knows which I am pointing to, then gently helps me with my pronunciation as she pulls them off their trays. I add a baguette to have something to eat as I walk. How many baguettes have I bought since crossing into France? A dozen, two dozen? One a day at least.

The old woman moves with a slow patience, taking care to wrap my pastries just so in paper and a box. She looks up at me with the baguette in one hand, squints at my backpack, and asks if I want the bread cut in half so it will fit inside. She does it all in French, of course, but her kind face and gestures convey the meaning.

It seems such a small kindness, cutting the bread in half for me, but it’s the first time anyone has offered. I feel seen. She really looked at me, saw the backpack, saw that I would have trouble fitting the baguette easily, saw that it would be simple for her to help. It’s a small thing, but it makes me feel connected to her for a moment, cared for.

I pay and before she hands me everything, she adds a napkin to the top.

“Serviette,” she says, motioning to her face so I know what it is for.

I thank her and laugh about a napkin given how rough I look. I don’t think I will need it until halfway through the raspberry tart when it explodes after an ambitious bite and pieces end up in my beard. I pull out the napkin and smile as I wipe away the crumbs. I wonder how she knew.

Arles fades behind me, a nice city with its amphitheatre, its river, and its narrow streets that inspired walls of Van Gogh paintings. But I’ll remember the little bakery and the tiny woman who gave me a napkin and cut my baguette in half.