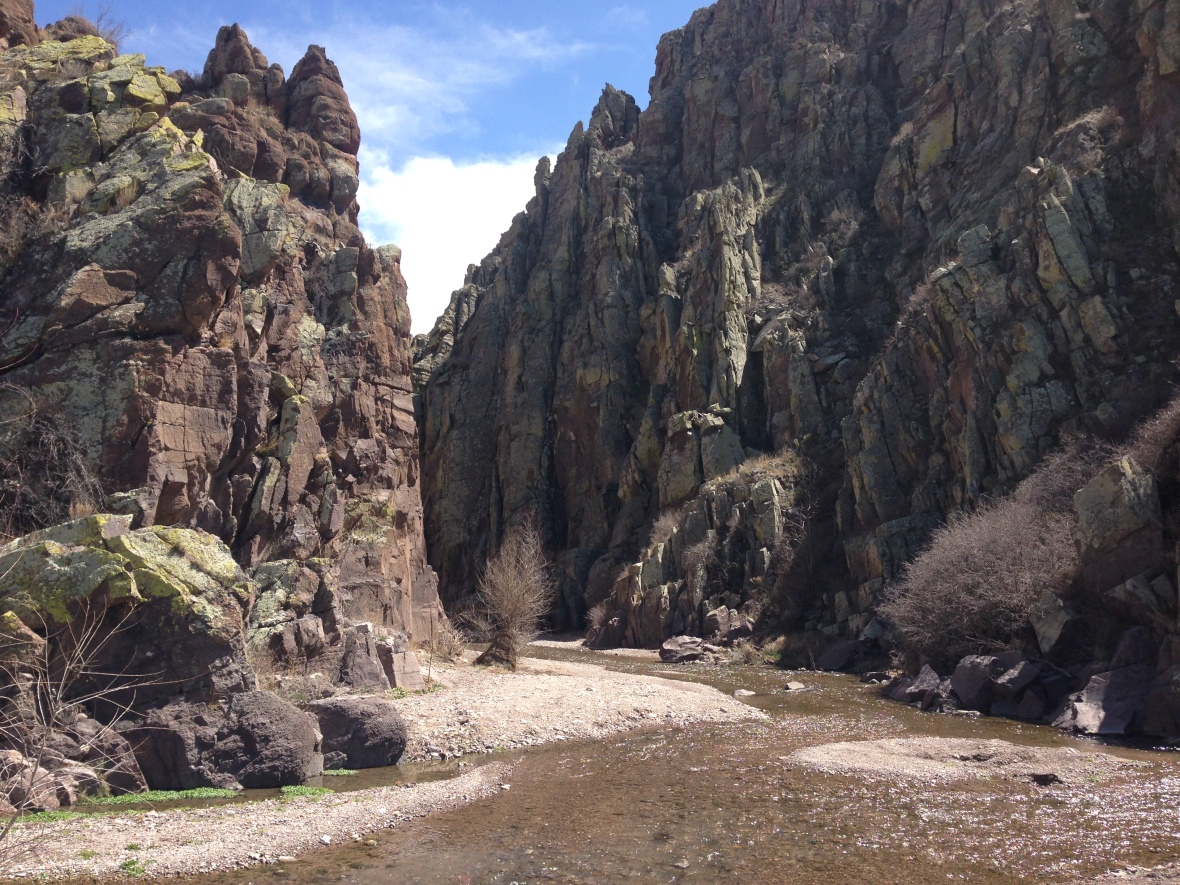 I watched the road for miles as I came toward it. All I saw was a single truck moving in the wrong direction, a cloud of dust trailing behind it. Thirty minutes later, I waited next to the road, sitting on a heap of dirt piled along the shoulder.

I stood at first, staring in the distance, looking for any movement, but I got tired of staring at nothing and sat down. Everything was still for a half hour, soaking in the sun, trying not to move, then a truck rumbled past. Wrong direction again. I gave a weak wave. The wheels spun up dust and the truck disappeared in the distance.

I slumped back down next to the road and waited. The sun burned down. I needed the hitch. I needed to get a box of food I’d sent to a town twenty miles down the road.

Another hour. Then two pickups appeared, specks at first, but rumbling toward me, kicking up their tails of dust and going the right direction. I whipped off my hat and pulled my backpack halfway on the road, then I stood there, tall, but not too tall, my thumb raised in the air, a smile on my face.

They never slowed down. They just rumbled past, kicking up dust and disappearing down the road.

I slumped back down and stared into my backpack, ticking away the food inside. A bag of trail mix, some almonds, enough powder to make a dozen protein shakes. Maybe it was enough to press on, I thought. Maybe it could get me the next hundred miles.

I sat in the dirt and waited. Nothing came. The world grew still and hot and I sat. Waiting. Waiting. Waiting. My mind turned on the distance ahead, the food in my bag, the thin rations that might make it doable. I thought about what it might be like on that last day if my food ran out. How hard it would be to wring miles out of an empty stomach.

I sat and waited.

Another half hour and I stood up again, the math changing with the heat of the sun, with the passing minutes, with my thirst. I pulled my pack out of the dirt and slung it back on my shoulders. Frustrated and tired, I left the road on a 4WD track that joined a shallow stream and snaked into a steep walled, box of a canyon.

I stood at the entrance and stared back at the road in the distance. Nothing moved. It disappeared behind the first bend like it never existed at all, thoughts of a resupply with it, so I stared up at the cliffs and down at the stream, and walked on, feasting on a handful of almonds and the beauty of the world around me.