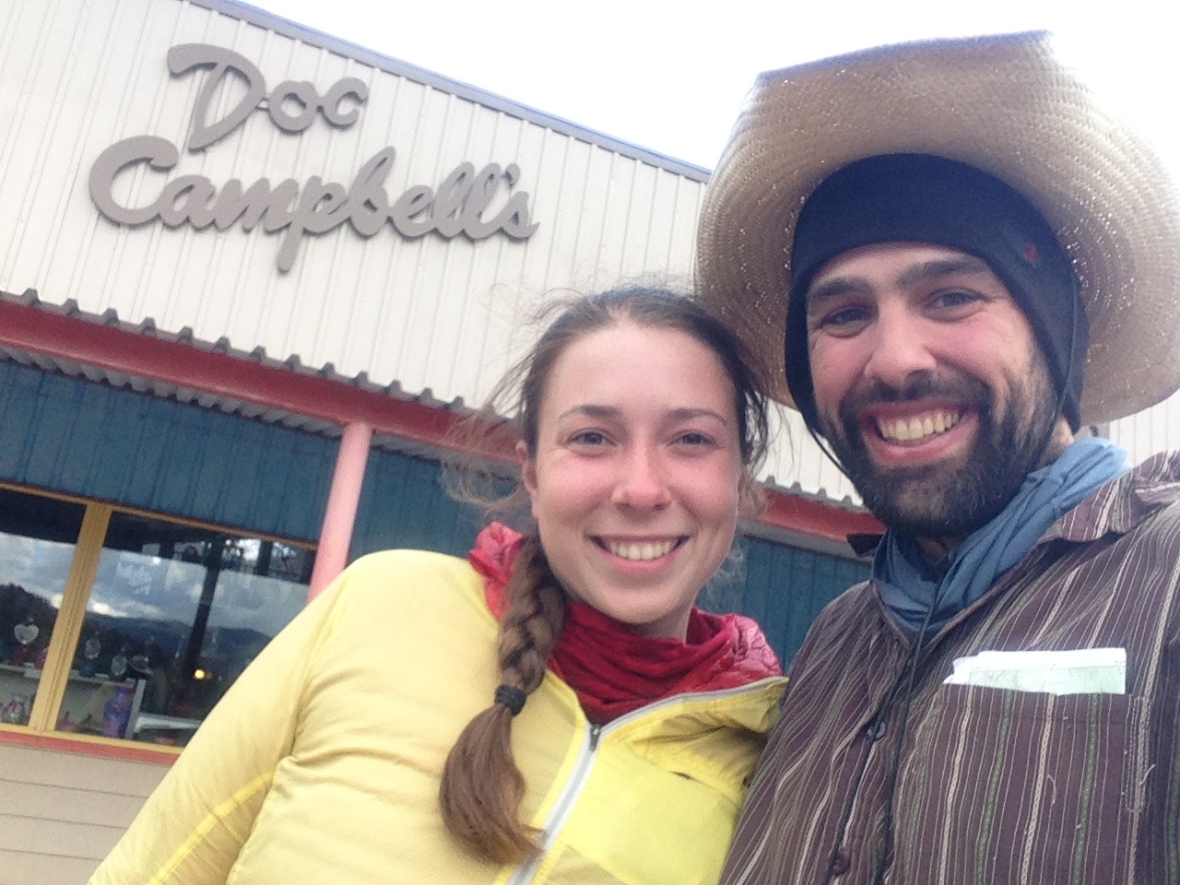 I dumped my resupply box out over the picnic table in front of Doc Campbell’s Post.

Doc’s is the lone store in Gila, the only resupply point for sixty miles to the west and a hundred to the east. The same for north and south on the Continental Divide, but you’d just be starting then, with thousands of miles still waiting between you and Canada.

It hasn’t changed much in the six years since I passed through on the Divide, the last of the Triple Crown, the one I thought would end my addiction. I sat on the same picnic table opening a box and eating a pint of Doc’s homemade butterscotch ice cream.

Continental Divide hikers don’t start coming through for another month at least. They have to wait for the snow to melt away in Colorado while trying to time their footsteps to arrive in the San Juans as soon as they are passable.

Or so I thought until a car rolled up and a woman hopped out thanking the drivers and pulling out a pack from the backseat. Not just a backpack, a thru-hiker’s backpack, the kind we can recognize anywhere.

We both stared at each other in disbelief.

The words felt a bit off in my mouth as I said it. I don’t use my trail name much anymore. It seems strange and out-of-place away from the culture of the long trails, but I liked the way it felt to say it again.

We sat on the picnic table for hours, talking about the things thru-hikers talk about, each of us with the desperate earnestness of a hiker who knew they might not see another for a very long time.

Trail angles and places to eat. Hitch hiking and luck. Snow storms in the Smokies. The Gila’s endless fords. The way a cross-country route on a map can look so easy. Tents and tarps. What potato chip mixes well with dehydrated beans. If a shoe’s tattered sole can make it another hundred miles. That bumpy ride out to Crazy Cook. Purists on the Appalachian Trail and how they all must go mad or give it up if they reach the Continental Divide. How those highs and lows feel deeper and taller when you’re alone.

Then the day got late and it was almost time to press on.

“Does it ever get easier to transition back to the world after a hike?” she asked.

“I never thought it was hard,” I said. “But now I look at it and realize it’s been eleven years since I hiked the Appalachian Trail and I’ve never figured out how to fit in since.”

“Someone once told me it was like you’re a dog who found a hole in the fence,” she said. “And you slipped out that hole and ran free around the world, but then you had to go back to that fenced yard so you could have a place to sleep and get some food and you have to sit there packed in that yard with all the other dogs and pretend like you don’t know there is a hole in the fence.”

“That sounds about right,” I said.

We gave each other a last hug goodbye and snapped a picture in front of Doc Campbell’s as we went our separate ways, fast friends, like all dogs who’ve found that hole in the fence.

BREWS AND CANOES on July 22nd! If you’re in the southern Minnesota area, next Wednesday, July 22nd, I’ll be doing a presentation in Mankato at the Mankato Brewery for the Friends of the Boundary Waters’ Brews and Canoes Adventurers Series. It’s going to be a lot of fun and I’ll have some great pictures and videos of various adventures to share. Here is a link to the Facebook event page (https://www.facebook.com/events/1570494989900043/) where you can find more information. I believe tickets are only $7 in advance and you get a free drink with that while supporting a great organization that works to protect one of the coolest, wild places on the planet!