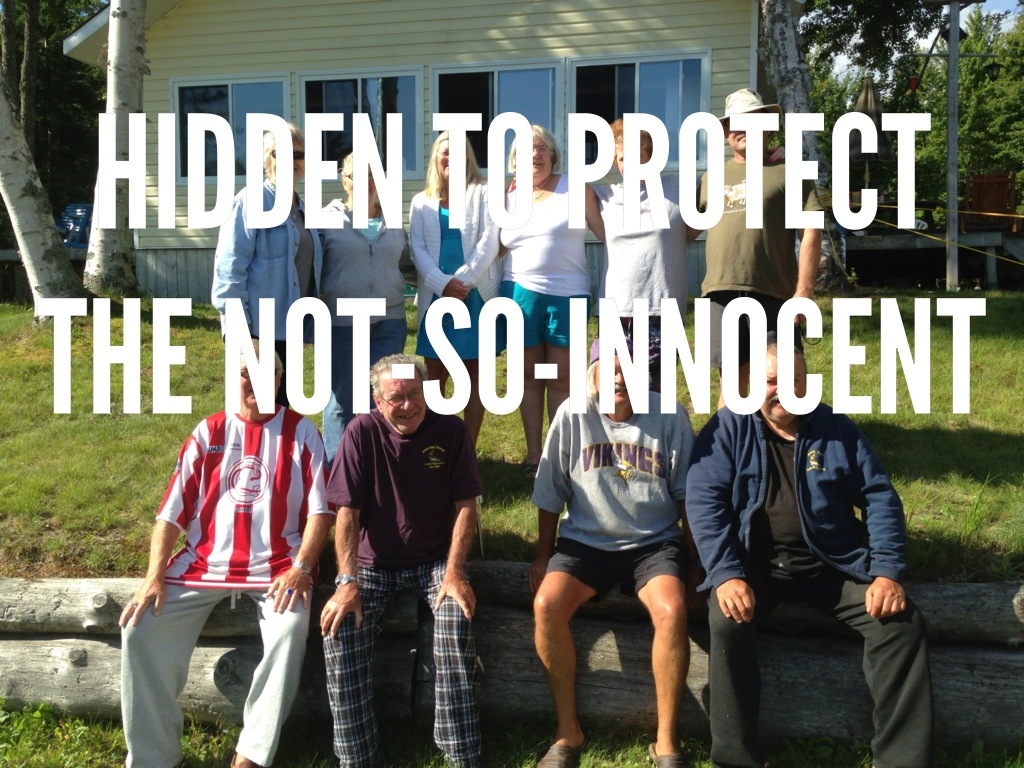 “We were drinking until 3am last night for a birthday,” Mitch said. “So everyone’s moving a bit slow today.”

He grinned at me.

“Don’t let anyone tell you sixty-year-olds don’t know how to party,” he said.

People trickled in, some alone, some in pairs, some with a drink in their hand, some temporarily without, until we filled every seat on the porch and I confused a heap of names with faces.

The problem was that they’d been friends long enough to have two-dozen names for ten people. Nicknames, last names, abbreviations, they all flowed through the air. As soon as I learned Tim, someone would call him Mitch. When I remembered Dave, he turned into Smitty. There’s a Crusty, a Stud and Muffin, a Lefty, and a Turnip Smuggler right along with a Carol, Gary, Anita, Barb, Marg, and Kate.

Smitty handed me a beer and I did the best I could. A pile of corn came out to be shucked, Stud grilled burgers, Crusty told me about hunting deer, and Mitch schooled me on the fine details how NHL commissioner Gary Bettman is singlehandedly destroying the most beautiful game in the world and turning it into pond hockey.

“We took care of things back in my day,” Mitch said. “We didn’t need fines or suspensions. Someone crossed the line. You’d tune ’em up. None of this yapping. You spear the bastard and then you drop ’em.”

Mitch is a big guy, used to toss forwards out of the crease as a defenseman and was good enough to get paid to play back in his day. That’s where he knows Smitty who was a goalie on some of those teams. They may disagree on whether or not a goalie is like a quarterback and whether you have to be crazy to play in the net, but both are certain the league’s getting softer.

“I don’t even recognize the penalties anymore,” Mitch said, laying a finger on someone’s shoulder. “This isn’t holding.”

He wrapped them in a bear hug and wrestled them for a moment.

“That’s holding!” he said. “But that’s what happens when you put an American in charge of hockey.”

I learned about the original six, that if Quebec wants to secede they can go but they have to leave the Montreal Canadians to the rest of Canada, and that a square of beer is a case. I heard about snowstorms and newfy accents, that the best way to put out a flaming marshmallow is a cup of Bailey’s, and that Trent Dilfer’s inability to throw a football to an open receiver may or may not be the cause of an unnamed member of the group’s alleged weapons charge in Pinellas County Florida.

“So you’re a lawyer?” he asked in a British accent.

“It’s not too late to leave for another bay,” someone else said.

The group came down to the beach to see me off this morning after breakfast. All the women gave me hugs, all the men shook my hand, and Smitty helped shove me off the sand.

The wind had died overnight and Nipissing lay flat as glass, pretending like it hadn’t raged the day before. I turned and waved back as I slipped around the edge of the small bay, taking one last glimpse at the Atkin Bay Ten, remembering that I stopped for a moment to catch my breath and they welcomed me like they always intended the party for eleven.