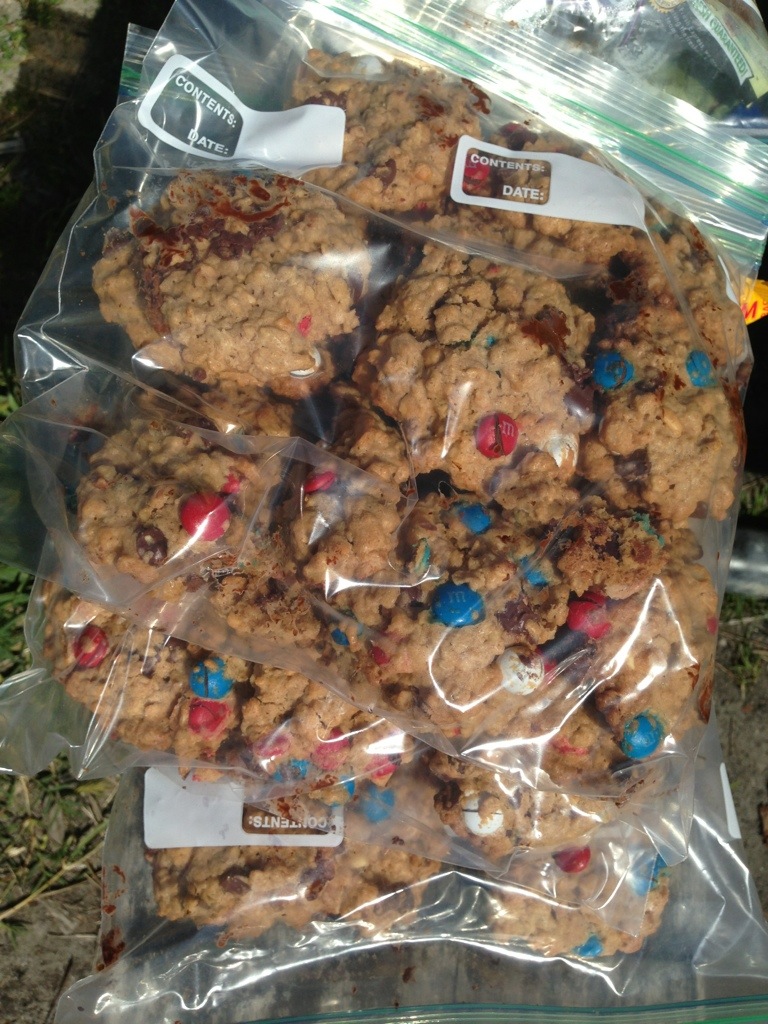 “I’ve seen you three times on this trip!” Megan said. “That has to be a record.”

“Well, the whole trip’s just an excuse to paddle around you in a circle,” I said. “So you’ll keep making me cookies.”

She laughed. We sat on the beach in Assateague watching the waves. They crashed on top of each other, racing into the steep beach, spitting foam and roaring. They had a nasty edge to them, sharp with the power of an ocean behind them, like they might swallow me alive if I got too close. I looked out and felt grateful for the sheltered bay hiding across a half-mile of sand and pines.

“And it’s not a record,” I said. “I’ve seen your parents three times too.”

I remember when Megan picked me up at the airport in Minneapolis. I’d called her to see if her parents would let me ship gear to their house.

I met him too, a tiny face surrounded by blankets, his whole hand smaller than my pinkie, his eyes staring out at this fantastic, new world he found himself in.

A day after I arrived in Minneapolis, Megan and I picked up the boat in a giant warehouse on the west side of the city. I remember cutting away bubble-wrap and cardboard taped to the yellow hull. It felt like opening a birthday present. We brought the boat to her parent’s house and laid it out in the lawn. The unscratched plastic looked bright and clean against the green grass.

A month later Megan met me in Ely for the 4th of July. We watched the parade, ate hamburgers, and cheered on fireworks across a lake.

“I put a few more scratches on her since you last saw her,” I said.

“He’s getting bigger!” she said.

We sat by Moose Lake in the Boundary Waters and figured out how I could carry the kayak using straps and a wetsuit. Then I sent half my equipment back to her parent’s house with her. Lighter load, new technique, and I had hope again. By the time I reached Grand Portage’s eight and a half miles, I’d honed portaging into a routine. Gear, straps, boat, pack, go. The last portage like that brought me to the Mississippi River nine months ago.

A group of kids spilled onto the beach in Assateague. They chased the edge of waves back and forth, laughing when one raced fast enough to catch their ankles. The wind kicked up spray and the sun dropped in the sky. We walked back to camp to make venison brats that she’d gotten from her dad.

Back in the tent, Megan showed me pictures of her trip to Southeast Asia last winter while I was somewhere on the Mississippi. Temples emerging from jungles, golden Buddhas sat smiling and content, sapphire oceans begged for swimmers. When we ran out of shrines and flicked past the last wall of Angkor Wat, a picture of a kid popped on the screen. He stood on two feet, smiling, and reaching out to steady himself on a chair.