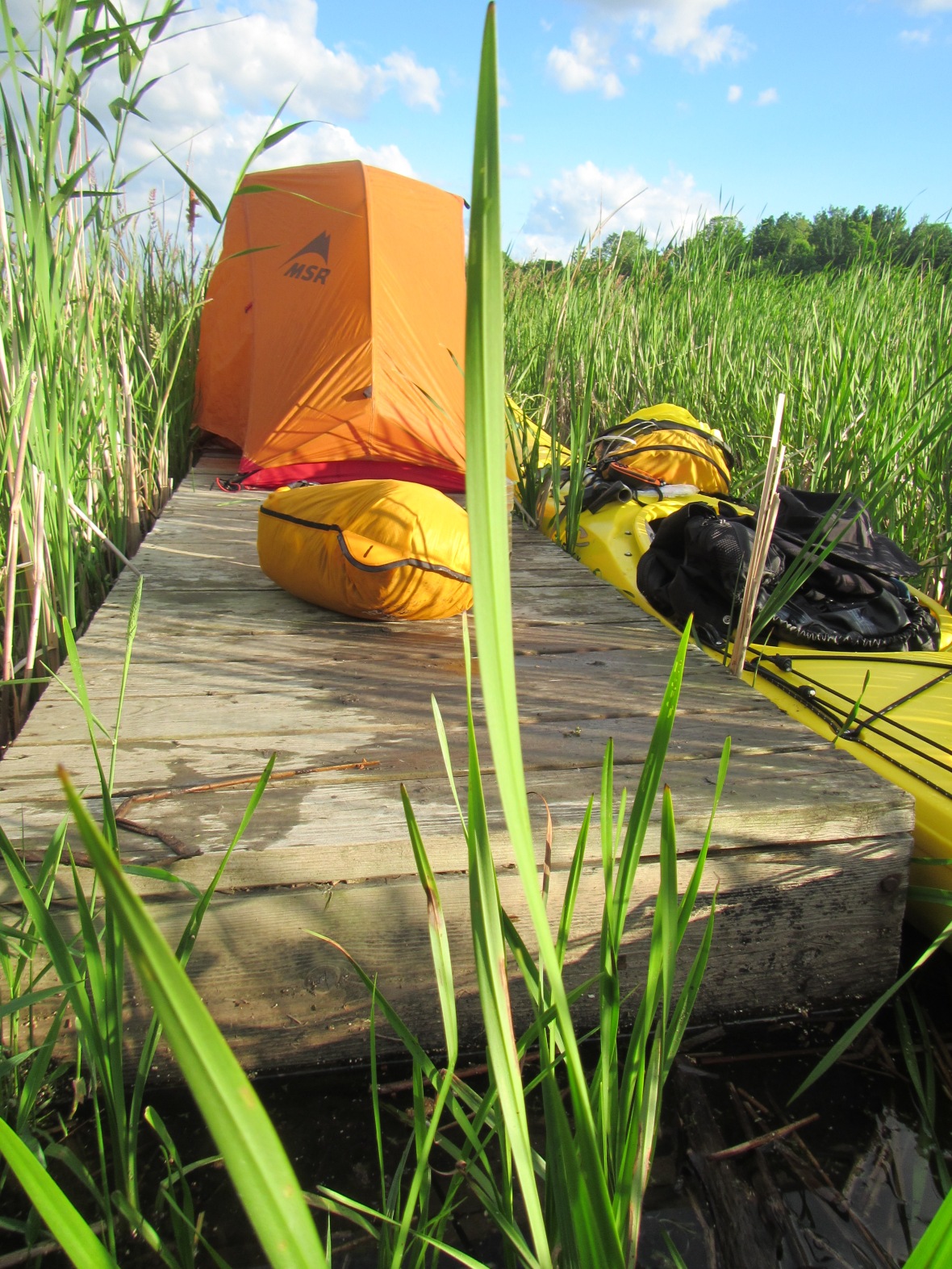 Baudette’s two bridges across the Rainy River shimmered in the morning sun and I felt strength return to my paddle. Four long days left my upper body a tangle of sore muscle and worn joints. Dull pain greeted every movement, the payment for crossing Lake of the Woods.

I tried to arrive last night, but the wind said no and it forces you to listen sometimes. Instead, I camped on an abandoned dock the current had pushed into a grass island. I thought about Baudette and watched a sea of fireflies melt into the stars of the night sky.

I arrived at Baudette’s dock and pulled everything I had onto the grass to dry in the sun. I lay next to it and watched workers put a fresh coat of paint on the town’s giant fish statue named Willie Walleye. It was the first time I felt warm in four days.

After everything dried, I loaded my equipment back into the boat and rolled it three blocks to the library. I didn’t think anyone in Baudette would touch the kayak if I left it in the park, but even in a small town it’s hard to trust the world with your dreams.

“First time anyone ever arrived with a kayak,” one of the librarians said as I walked in.

I grinned at her.

I settled into a big couch with my computer to send a few emails back home letting my parents know I’d survived Lake of the Woods.

“You wouldn’t want an apple, would you?” another librarian asked.

She handed it to me before I could answer.

“That’s where I’m going to eat mine,” she said, laughing.

The first bite tasted crisp and sweet. I’d been eating peanut butter and granola for two days. The apple disappeared in a few, hungry bites.

Five minutes later she came back.

“Where you staying?” she asked.

She smiled at me.

“My name’s Janet,” she said. “My husband Neal and I live just down the street.”