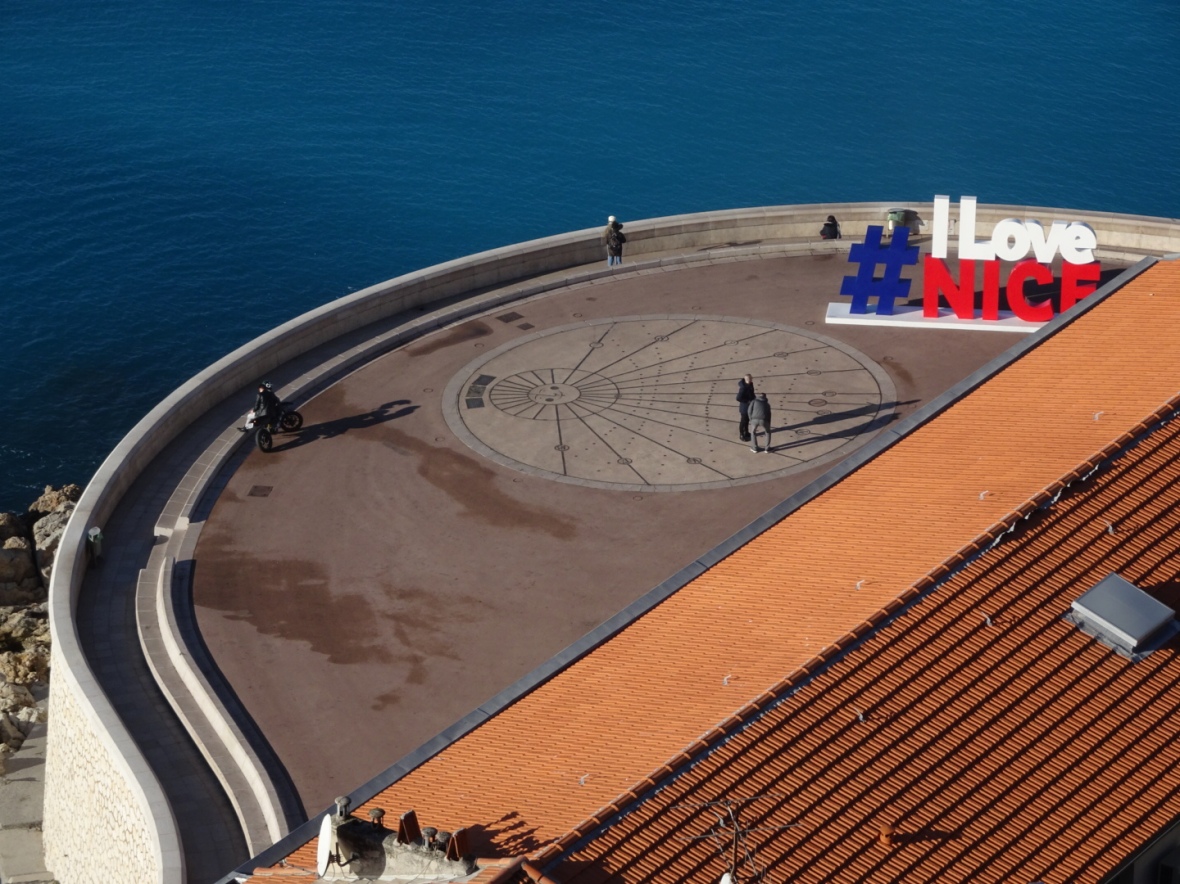 Red and white dashes of paint mark the trail, one on top of the other. Sometimes faded, sometimes bright, I find them painted on walls, posts, signs, rocks, and trees.

At a turn, the paint extends a tail down to make the lines into a flag pointing the way. The wrong path sometimes has an X painted on it. In places, the red and white has disappeared and someone has come by with a hot pink can of spray paint to mark the trail with arrows and Xs the same way.

I follow, starting to feel comfortable with the new markings, getting a sense for the way things are laid out and how worn the paths are. It will be days before it feels like home again, but learning what to look for, learning the system, is the beginning. When I first saw the Xs I thought they marked a different trail, not the wrong way, but now I know, now they bring me to a halt and send me off the other way. I pass someone and almost say ciao before I catch myself. It’s bonjour now.

The first days in a new country always throw everything off. The signs are different, the brands, the sense of where things are or should be and what can be bought where. But really it’s the same world. There are rocks and paths, streets and highways, signs and markers, food and customs, people and places. All are more similar than they are different. Even if the packaging screams France, Italy, Germany, or Switzerland, what lies underneath is familiar: miles, shelter, food, and people.

A man walking down the street with a baguette in his hands means there is a bakery nearby. I walk in the direction he came from and find a second man with another loaf. When I pass a woman a few steps later, also carrying bread, I know it’s a good one before I open the door and smell the air.

The crust is perfect, not rock hard, not soft, just crisp and chewy at the same time. I break away pieces as I walk down a road toward Nice. From an old fortress on top of a hill, the city is a beautiful arc of red clay roofs, white buildings, and the blue sea.