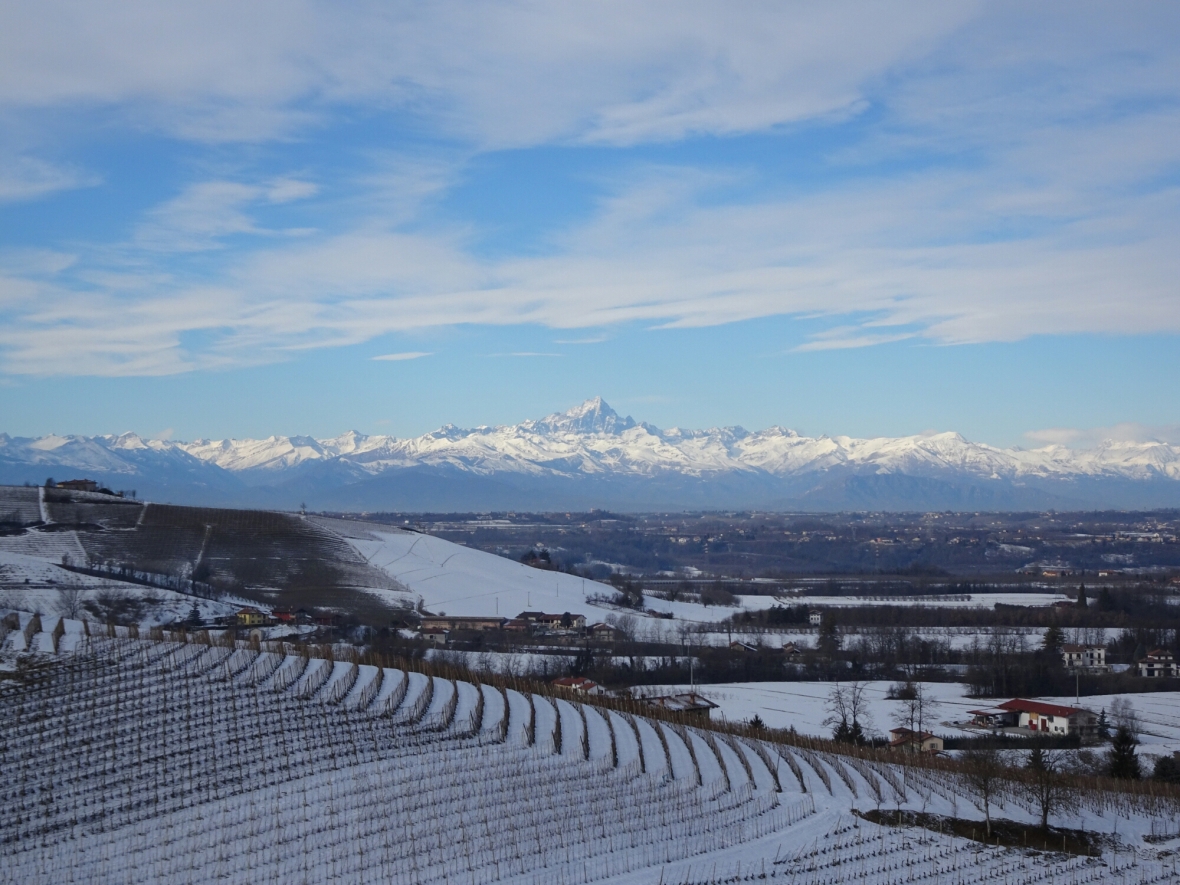 Monviso used to be a ghost on the horizon, so faint that it slipped back and forth into imagination. I remember first seeing it hanging there in the distance, my feet on the Italian border, Switzerland’s peaks still high behind me.

“What is that in the distance,” I asked an Italian man. “That faint mountain there, far, far away.”

The mountain became a shadow in the Po Valley, no longer wavering, standing dark and black against the orange-lit skies of sunset. As my feet found the hills south of the river, Monviso colored, filled in, and became real, a mountain of rock and snow along the horizon. Now it is a sharp spire, the undisputed king of its domain, rising tall above a sea of anonymous peaks that look small against it.

I will get no closer.

Below the peak, a hundred mountains stretch to the sky, a long line of rock and snow spreading out across northern Italy like a wall. Gotthard Pass seems another world from the white clad peaks in front of me now. Snow was hidden there, left to the highest, deepest places. Now winter is everywhere, covering peaks, spilling down slopes, pushing toward the valley below. The door I once slipped through is closed.

But a wall is only as good as its length and even the Alps can only stretch so far. As the mountains run south, so do I, each of us racing toward the Mediterranean coast. I can see the line of peaks faltering in the distance, breaking apart, crumbling lower along the southern flank. Sharp edges disappear. Trees reach up to cover rock and snow. And I walk toward the fraying edge of mountains, kmowing I will outlast them.

It is almost dark when I reach Ceva, an old city of narrow streets and alleys clustered at the bottom of a valley. It’s cold there, shadowed by mountains, freezing air sinking down from the heights around it. On the outskirts, I crunch across a bit of snow lingering on a dirt road. Then another patch. And another. Then the road disappears underneath a blanket of white.

“Just a bit lingering in the shadows,” I tell myself. “Nothing deep, nothing I can’t cross. Nothing that won’t end in a few hundred feet.”

I rise up on the old, dirt road, following the tracks of deer and the sunken footprints of someone who passed many days ago. When I step right, their iced-up tracks hold my weight. When I don’t, I sink to mid shin. The snow ebbs and flows, but never leaves, as if to mock me, to tell me it is not some stubborn patch left from a storm.

I climb and wonder and think and calculate. North faces and south, where the sun shines and where it doesn’t, roads and trails and how long can I go crunching into the night. The sea is so close, an inch away on the map, I can almost see it when I close my eyes.

The white snow flashes under my headlamp, crisp and gleaming in the light. The icy crust holds and breaks as I step. The voice in my head, the one that sits deep inside, buried under dreams and ideas and emotions, calls out again and again, reminding me who controls the mountains.