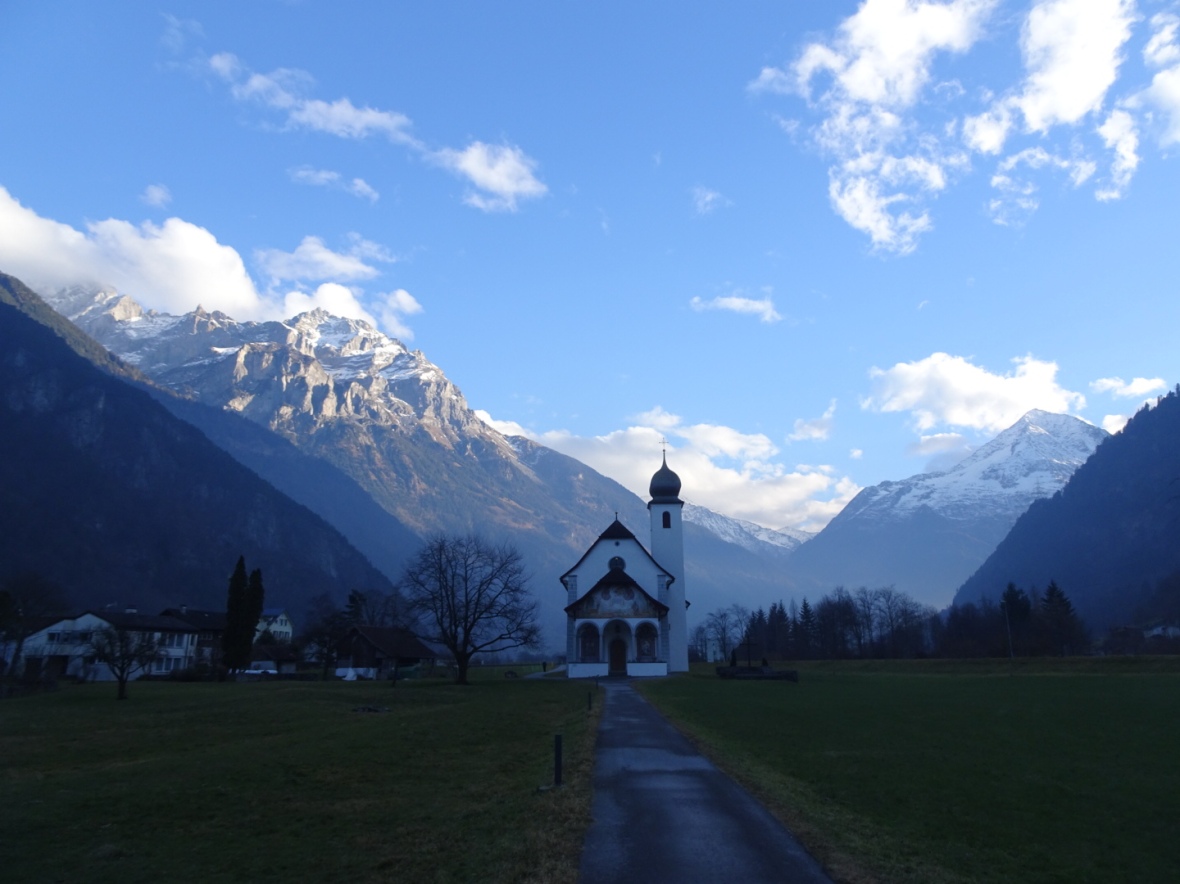 The sun burns through the fog as I reach the end of Lake Lucern. Ridges and peaks emerge into the light. Walls of rock stretch up the distant valley. There are no more ghosts and giants, no more names and lines on a map, there are only mountains, only real rock, stone, dirt, and snow rising toward the blue sky.

I stare up at the mountains I once imagined, watching light play across the ridges and cracks. These aren’t the battered hills of the Black Forest. These are sharp points and deep cuts, towers and fins of rock, young mountains that still rage against gravity.

They are real now, real rock, real stone, real cliffs and snow. Crossing is no longer an idea, no longer a concept. It’s not something far away to imagine as I sit in my tent and wait for morning. Bits of snow cling to the peaks, shining white against the dark stone. It’s not much, not what it should be in late December, but it’s real snow and it’s there, waiting up high, even here on the fringe, far from the heart of the mountains.

I try not to hope too much. I try to tell myself that Gotthard Pass will be impossible, that I will have to turn around, that at least I’ll have knocked on the door even if no one answers. Who cares if it costs me five days to do it. What are five days to a trip of ten months? Knocking is all I can ask to do. I can always just turn around. I can. I really can.

I say it again and again, trying to convince myself. I don’t want to make bad decisions trying to force my plan on the mountains. That’s how people die. Mountains don’t care about anyone’s plan but their own.

Instead, I stare up at the thin snow and all those thoughts wither against a single idea.

The sun flies across the south and drops toward the horizon. Shadows shift and lengthen. I march up the valley, rising in a long, slow climb. Light fades and casts a bit of red before it disappears and leaves me to walk in the dark.

Tomorrow the sun will last longer for the first time in six months. A bit more light, a few more minutes to work with. I flick on my headlamp and continue up in the darkness as the mountains fade to black with only the stars to mark their presence.

I find Fritz waiting for me in Gurtnellen. Tomorrow we’ll hike together to the last village before the pass. The next day we’ll try to cross. We give each other a big hug and head inside our hotel for dinner.

It’s the first time I’ve stayed in a hotel on this entire trip, but that’s not why I’m glad for his company. I’m glad because I know he hasn’t walked 3,400 miles to get here. I glad because the next days won’t determine if he spends a month in the warmth of Italy or a month circling around the Alps in the cold of France. I’m glad because, to him, the pass just doesn’t matter as much.