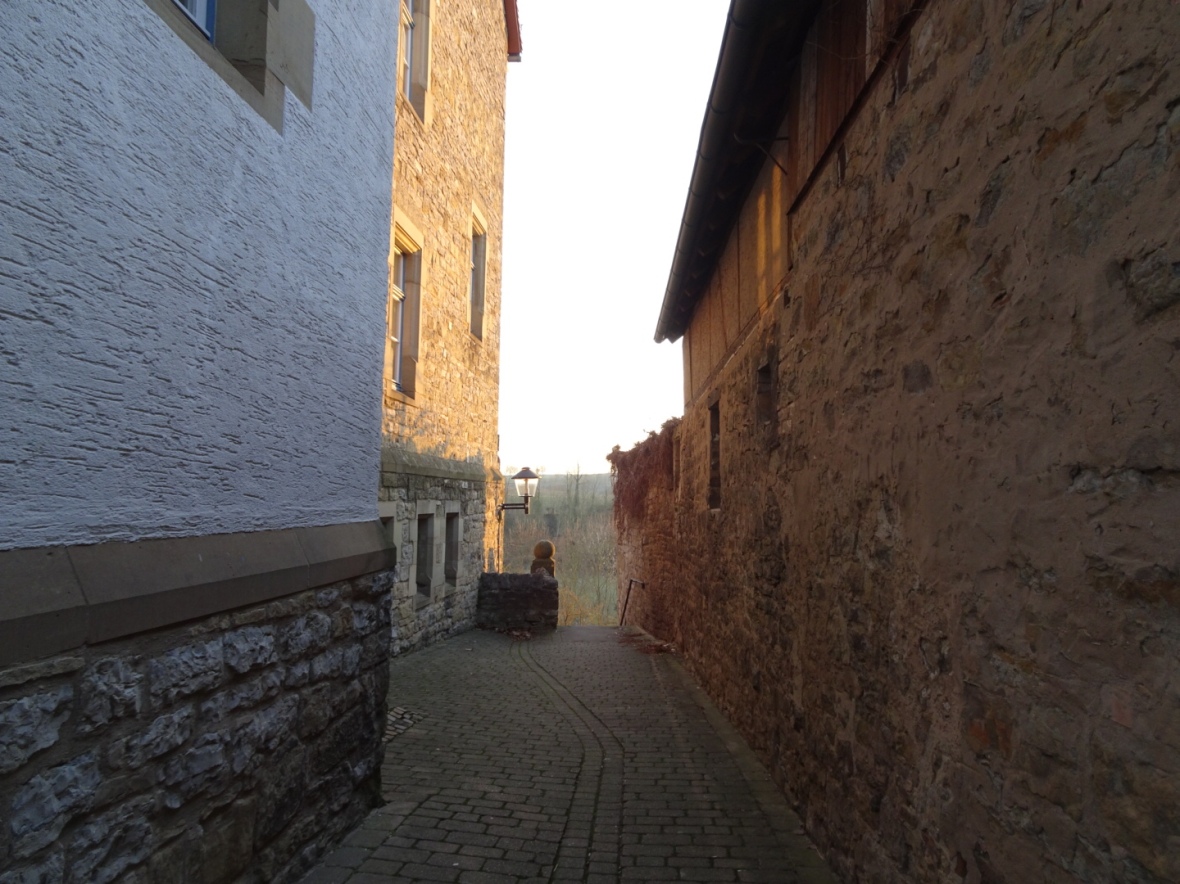 I run into a group of six German guys walking the opposite way next to a train track. I’m eating noodles I bought in a store, the kind that come in a tub, premade with a picture that looks far better than the real thing. You’re supposed to heat them up on a stove or microwave or something, but I have neither so I just ripped a hole in the plastic and dig in as I walk. I’m following the tracks for a while, so I don’t have to think and can just focus on the cold noodles. Delicious.

The German guys are all older, maybe sixties. They start talking to me in German and I start apologizing in English. A few have walking sticks, but none seem chained to them out of need yet. They’re out for a stroll. Forty years ago they’d look like a gang. Now they look like old friends. I bet they’ve walked together for decades. They never met a crazy like me though.

One can’t believe I’m going to Spain. He just does not believe it. I tell him Spain is closer than Norway and that’s where I came from, but I think something got lost in the translation because Norway doesn’t cause any fuss like Spain did. I shrug.

They ask what I’m eating and I hold my half eaten tub of noodles out for them to see. I look at it too, kinda seeing it for the first time. It’s like eating cold leftovers, I think. Not really. Cold leftovers were once warm.

They collectively decide to move on pretty fast from there, probably because they think I’m crazy. They’re not far off. I’ve been our here a long time talking to myself. They were still nice guys though.

I finish off the noodles in another kilometer then walk through a town with the tub in one hand until I find a trash can. The thunk of the tub in the metal can is satisfying. Getting rid of trash always nudges up the corners of a hiker’s lips.

The path turns down a set of narrow alleys and I wonder how old they are. They came before cars, did they come before Columbus? I look up at the wood-beamed houses and try to see the age. In the dirt hills you can see age too, when the path has worn into the soil. How many feet, how many carts, dig, press, and carry away a a food of dirt? Two feet? More on the really old ones thst sink me into the ground until my head doesn’t even pop up over the edge.

Sunset isn’t as nice as yesterday’s, but it comes just the same. Too early. I walk around for a bit in the dark. A car passes me on a road with its lights blazing. I close my eyes to save them and wonder what they think of someone walking around so late at night in the dark. What time is it anyway? I check my watch and frown. It’s not even 6.

A few more kilometers then, I tell myself. The path is dark, but lighter than the forest around it. My eyes adjust, enough to walk with anyway. I can hear a distsnt road. Cars vrooming by far away. Lights flicker from villages and farms. Woooo, wooowoowoo, some bird calls out. Another answers.

I set up my tent as they converse, woowoowooing back and forth over the low vrooms of the cars. I eavesdrop and make up their words in my head until I fall asleep.