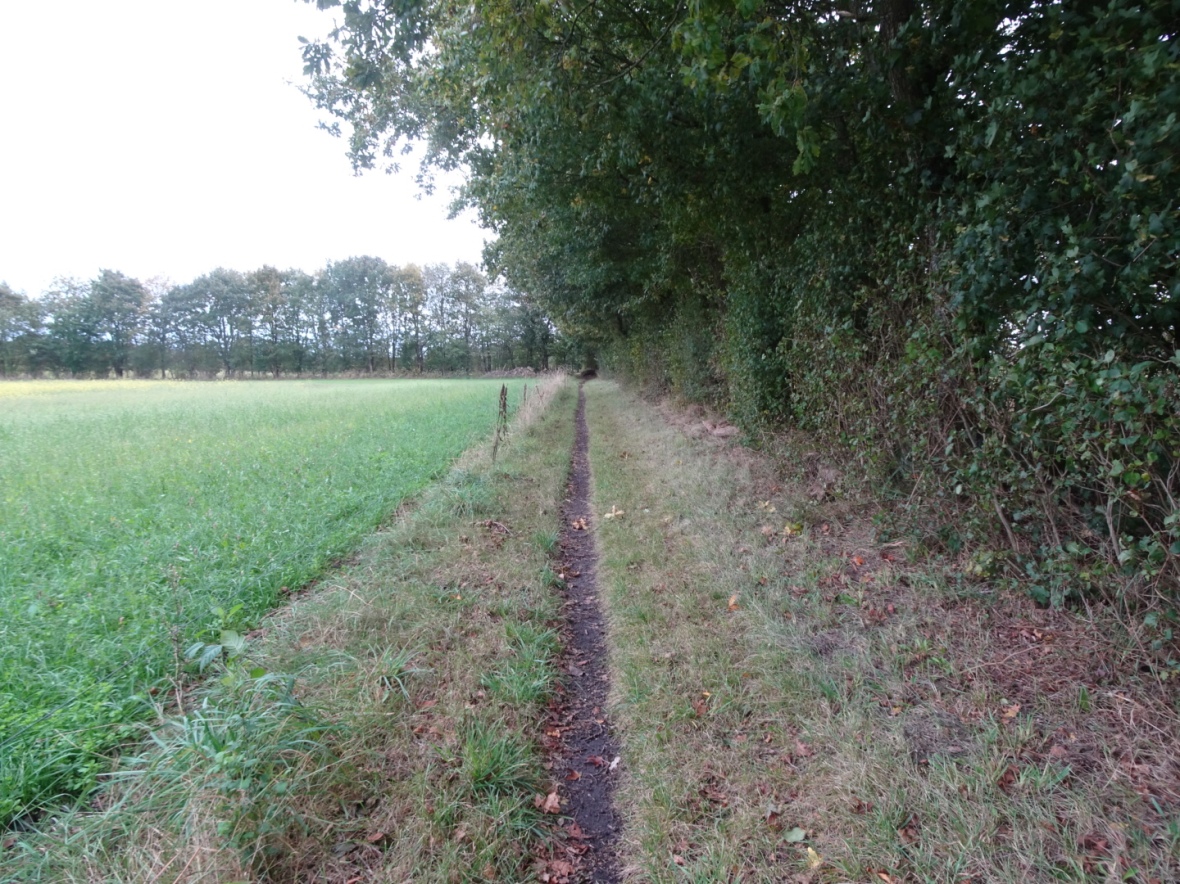 The Hærvejen continued to wind south from Viborg. I passed more small towns, more square-towered churches, more farms. It felt a bit like someone had rewound the tape of the last few days and was playing it again.

The earth had a few more bumps to it, little hills that someone told me marked the end of an ancient glacier’s reach, and the farms and towns were not exact replicas, but the feel was the same. I passed the same churches, the same fields of cut grain, the same tractors rumbling with the work of fall. I smelled the same cattle, the same damp grass, the decay of fallen leaves.

Then I came to the E1 trail, the one I abandoned in Gothenburg for a different path, and it looked the same too as it joined the Hærvejen. I stared down it and wondered what that route would have been like, then shrugged it away, sure that it did not compare with the sandy spit of land at the northern tip of Denmark and the rewound and replayed tape of farms, fields, and towns stretching south.