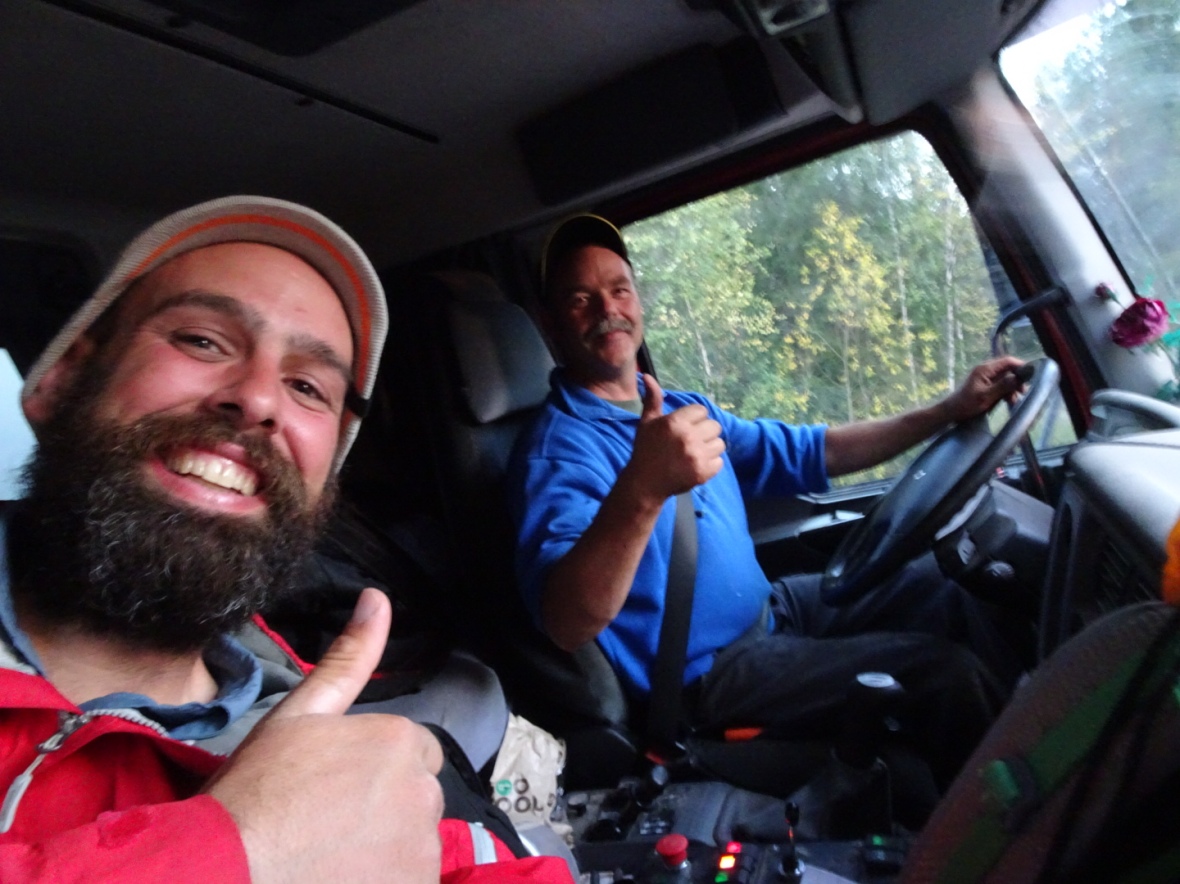 I pack my new batteries away, throw my pack on my shoulders, and head out to catch a local bus. From there, a hitch or two should get me back to where I stopped walking.

Not worrying about power feels strange. I’ve been so obsessed, so careful with it for so long and now I’m walking back to Mora, a four or five day trip, with enough batteries to last two weeks.

Part of me feels silly, taking a bus back then hitching to the exact spot I stopped walking just to spend days walking back to where I already am. I could just keep walking from here, it would be easier and no one would have to know.

But I would know.

And more than that, I know myself.

Miss a piece and the next thought I’d have is to miss another. I’d start to cut away those hard parts, shave off the roadwalks with a thumb, catch rides on the rainy days, jump around the chunks of flat forest. It would start as a few miles here or there, but I would unravel. One mile would grow into two, two into four, and on until in some weak moment I’d board a train and stare out a window as I hurled toward Tarifa.

It isn’t about perfection. It’s about my own weakness and wrapping it away, holding it down with that chain of unbroken steps reaching back to Kinnarodden.

I almost didn’t even raise my thumb. Trucks never stop, especially going uphill. But I raised it anyway and he did stop, the rig rumbling to a halt in the gravel pullout.

I opened the door and climbed up into the high rig like it was on top of a ladder, dragging my pack up behind me.

We talked about bears and if you should run or play dead, about how it becomes a game or who is bigger and humans are all bluff, about moose hunts and how not to be mistaken for one. We both laughed most of the ride and I was glad that the bus didn’t go all the way back to where I’d left off. Buses are easy, but hitching is always an adventure.

We reached my bend in the main road when he looked at me.

“Aren’t you going to the Kungsleden?” he asked.

He laughed and turned the rig’s wheel. We rumbled off the highway and down the side road.