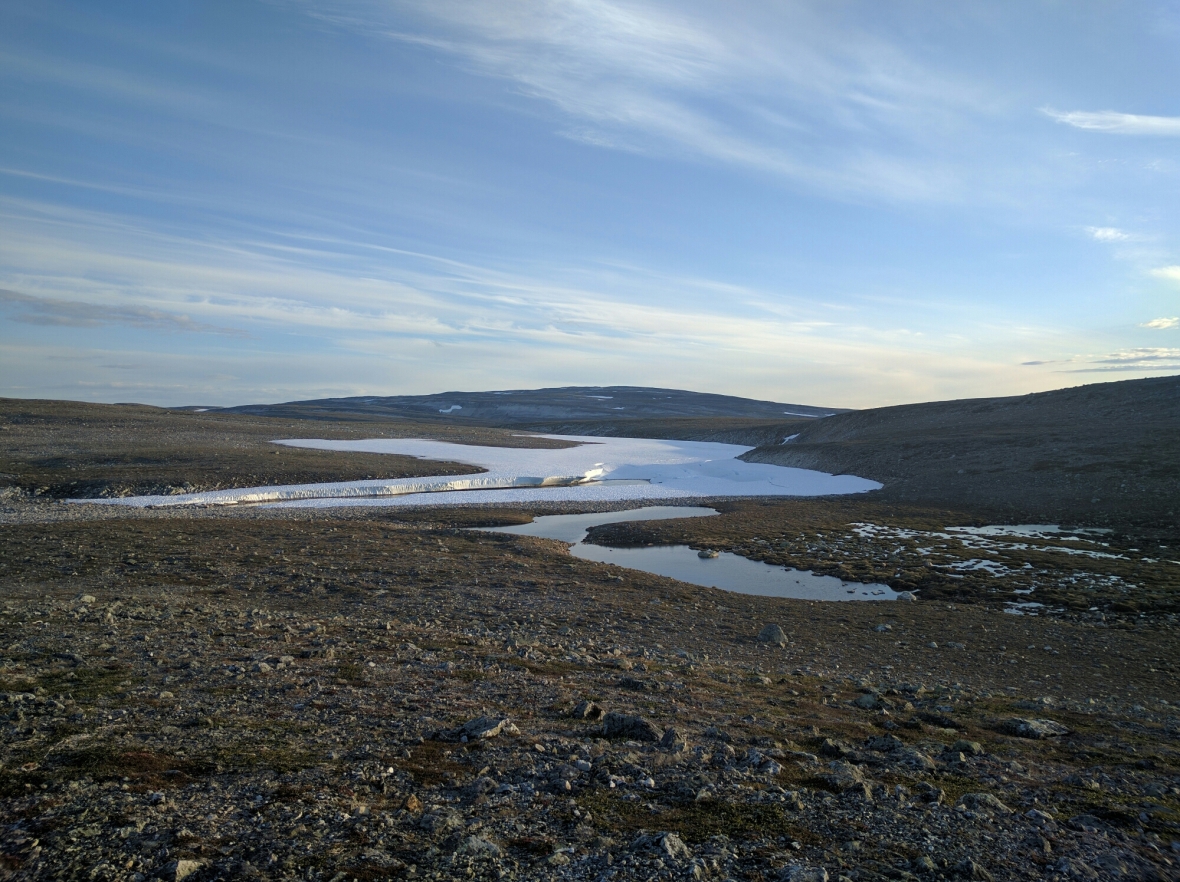 Mountain near Lakselv – June 27, 2016
I never figured out the land on the high plateau between Kunes and Lakselv. Ridges and rock shifted around in my head. Crevices hid behind smooth hillsides. Lakes and rivers drained in odd directions.Nothing felt steady, nothing went where I thought it would. It felt like a blended pile of rock, water, and tundra dumped in heap and left unsorted.

But it was beautiful.
So I stopped trying to figure it out and embraced the oddness of it all. I found a distant mountain to set my compass, and gave in to the confused terrain of gentle slopes, fingers of jumbled rock, and water running in all directions.
Embracing the strange, losing myself in the jumble, poping up on a ridge, watching my mountain grow, losing myself again, that was beautiful too. It went like that until the midnight sun dropped as low as it dared then began its rise again. I stood on the once-distant mountain looking back at the confusion with a smile.
Sometimes all you figure out is that some places do not want to be figured out, that you are just a visitor, that your eyes are too small to understand what it going on in all that jumble of rock, water, and tundra.