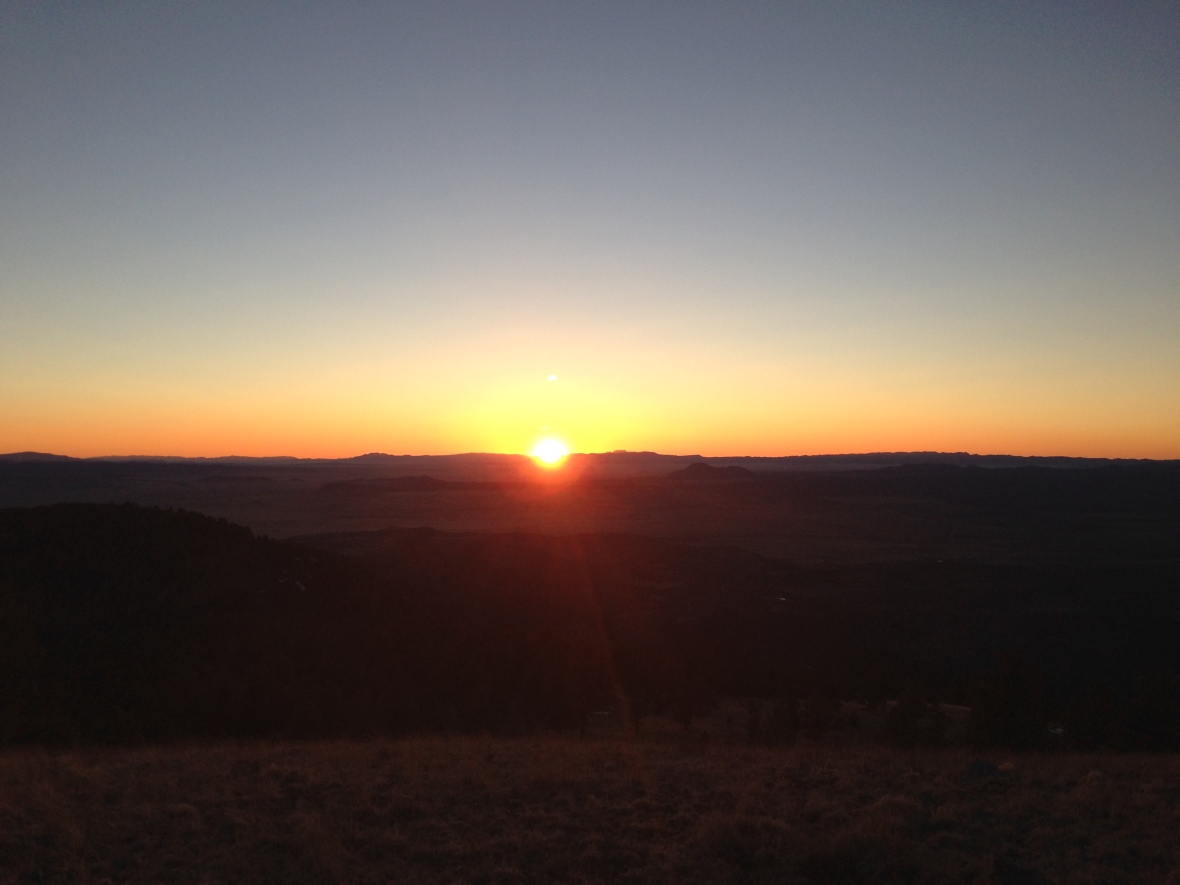 The domed observatory glittered like a gem on top of the Magdalenas. It was nothing but a speck of silver yesterday, but each step brought it into focus and made it real. I stared at it from the base of the mountains as I turned off a dirt road at the private property line. Before the trespassing signs appeared, you could follow the road to public lands and a trail to the top, but now the only way up is to turn and climb the ridge without a trail.

Weakness seeped into my legs a hundred steps into the climb. I stopped stared up the slope. It seemed to stretch as if it were growing higher in front of me. I looked down at my feet and waited for my breath then took a few more steps.

A few more steps. Another stop. The expanse of desert spread out behind me as I struggled away from it. I stared down and thought of the observatory glinting in the light, growing bigger with each step.

I felt like someone slamming against a gas pedal and only hearing the empty engine sputter. I kept climbing in little bursts, a few steps at a time, across piles of rocks, through brush, along game trails, over fallen trees. The only end was up, up until I couldn’t go any higher, up piece by piece until I stood next to that silver dome.

It took most of the day to climb, to reach that silver dome on shaky legs, leaving the last few hours to walk a snow clad ridge toward the final peak of the range. I raced and raced. The sun raced with me. Laughing as it fell so easily and every step came so hard. The western sky lit up in orange as I raced. The east fell into shadow, the light fading as if it had reached the end of the world.

My lungs and legs burned as the disappearing sun fled the sky. I caught my breath and crashed upward toward the final peak, breaking into the barren top as the sun reached the western horizon. The first stars began to blaze in the sky. A city lit up the valley below. The last rays of sunlight smiled at me.

One thought on “Grand Enchantment: Piece by Piece (3/27)”