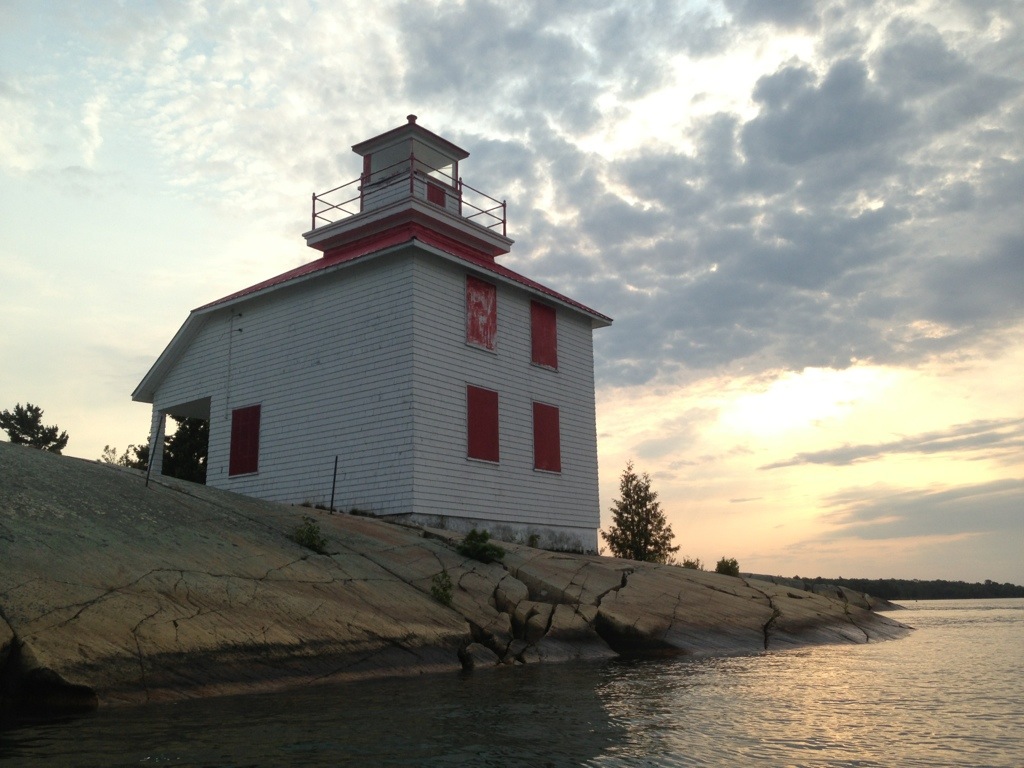 Huron’s distant shore rose out of the water, growing from a smear of dark grey on the horizon. Shadow and light filled the empty space. Lines carved away the surface, added details, grew into trees and rocks that became real and crowded every side.

Islands cut the lake apart, broke it into pieces, and filled the cracks. Cliffs rose and pushed the water into narrow channels. The land grew giant, devouring space as the lake shrunk away and disappeared, transformed into a river.

I paddled upstream into twilight, watching the sky turn purple, feeling as if Huron slipped by too fast, like I barely knew it before it was gone and forgot to say goodbye.