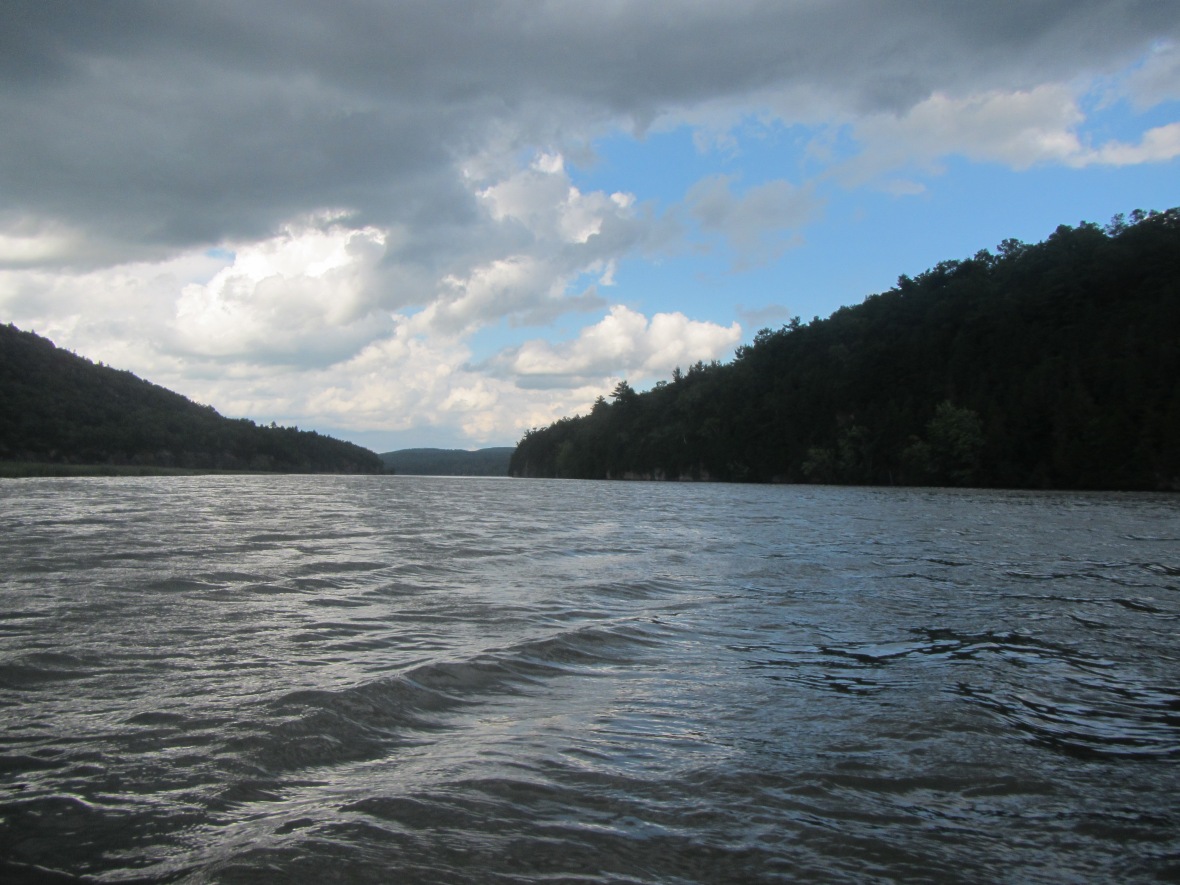 Lake Champlain began as nothing more than a skinny river below Lock 12 on the Champlain Canal. Runoff from recent storms turned the water brown. I could hear people talking on either bank. It felt small. Wind didn’t do much of anything beyond ripple across the surface, sneaking between trees and rocks crowding the banks.

But Champlain widened with every turn, just a bit, another few feet, a half-step, a yard or two. The change was subtle. I barely noticed the banks slipping away. I felt it before I saw it.

The wind’s tiny ripples built into little waves that rocked the boat. The water felt deeper underneath me, more powerful, bigger. The banks widened until houses looked like toys in the distance. It no longer felt like a river unless it was one of the big ones like the Mississippi or Hudson that masquerade as lakes sometimes.

Mountains rose on distant shores, pale blue silhouettes against the sky. Wind rushed across the opening, flicking up waves and pushing the current. Water spread out like a sea, wedging apart Vermont and New York until they didn’t feel like neighbors. With every moment it became harder to imagine that little brown stream, to remember how it looked before yawning awake like a tired giant.