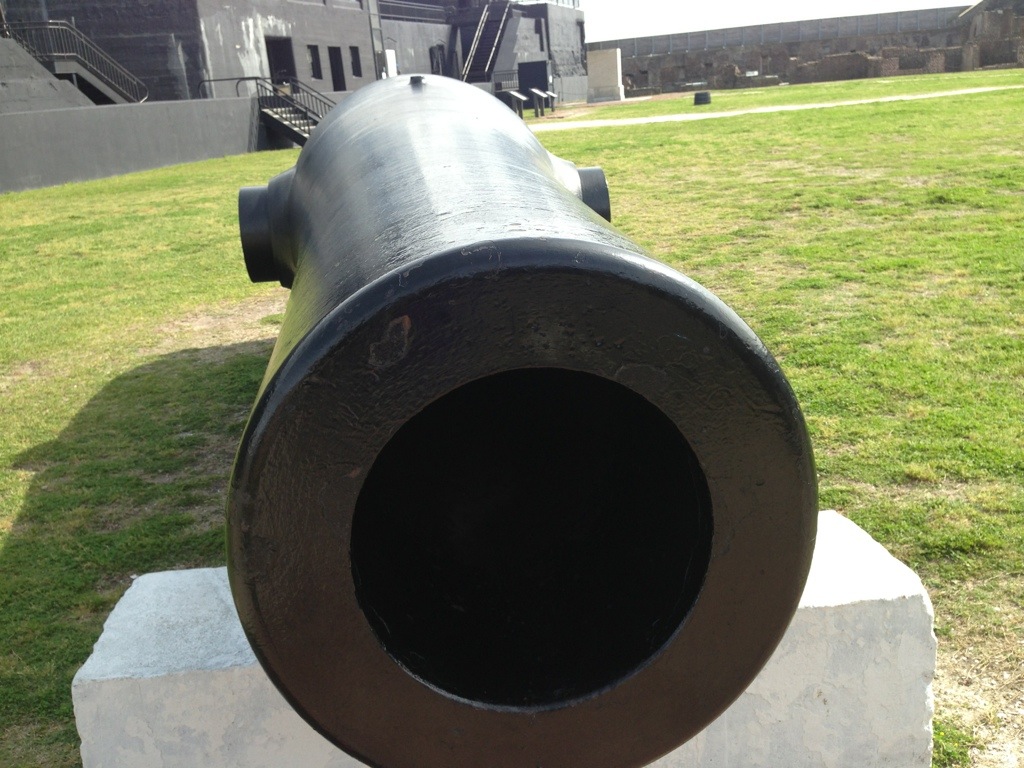 I caught the tide as wrong as I could on the Ashley River. The wind blew in my face. My arms felt rusted and heavy with two weeks of fat.

Ten miles of barely moving forward brought the grand, sideways houses of Charleston into view. Two kids waived at me from the seawall staring out toward the ocean. Civil war mortars lined the park behind them. Fort Sumter rose in the distance, guarding the mouth of Charleston Harbor.

I thought of confederate troops and the first shots of the civil war and a tiny island filled with rubble after four years of bombardment. The walls still have shells in them, sunk between brick and mortar. I paddled close and watched dolphins play underneath the ramparts.

The tide flipped and I caught it wrong again on the back side of Palm Island. I watched the sky darken and sun disappear as I paddled into the night. Two hours later, I scrambled over mud and oysters to sleep between two trees on a thin bank.

I’m soaking wet and a little miserable, but I’m back in it.