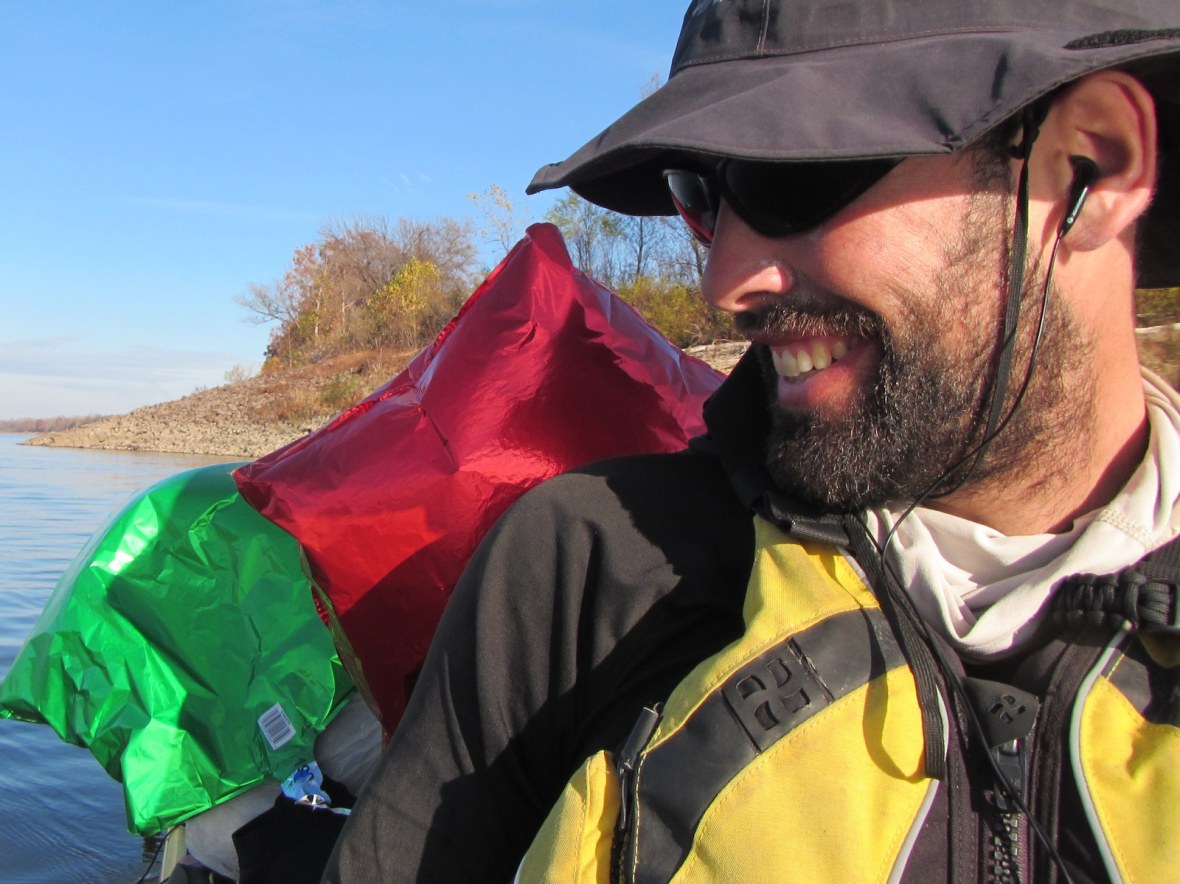 I pack out every balloon I find. The first was a purple latex ball tangled in the forest along the Appalachian Trail. The last was a faded birthday mylar half-buried in a sea wall.

I found a handful of helium-filled latexes floating across rocks in the heart of the Sierras. I uncovered a dozen silver mylars near the base of a Colorado 14er. I shooed away a pair of cows from an “I Love You” in the middle of the Utah desert. I even found a birthday balloon on my birthday in a canyon winding through Arches National Park.

On this trip, I crawled up mud banks and sunk into marshes. I leaped out of the boat onto levees. I crashed into wave-soaked beaches. I did it all to snag colorful bits of mylar and latex and drag pieces of unnatural red, green, blue, and silver out of the wild. I’m a bit obsessed.

It started because I liked the unknown attached to each balloon. I like holding deflated mylars in my hands and reading happy birthday wishes, valentine requests, congratulations, St. Patrick’s Day cheers, and good lucks. It made me feel like I was holding the end of a story and I’d never quite know the beginning. I’d invent wild scenes, dramatic proposals, surprises, and cheerful reunions in my mind. I’d imagine all the drama and tragedy that brought the balloon out of a package, onto a helium tank, and soaring in the air.

I’d imagine, but I didn’t know. I only knew how it ended, with the balloons shoved in a pocket and tossed into the next garbage can. It’s not the romantic speck someone watched disappear in the sky. It’s a bit of litter too bright to ignore, deflated and broken, scattered across the wildest places.

But somewhere between mylars, collecting balloons became more than ending stories, somewhere I began to believe they were lucky. I’ve chosen between routes based on balloons. I’ve felt safe after finding them. I’ve held deflated birthday wishes in my hand and knew nothing would bother me for a little while.

The last two nights, I had no idea where to camp until a balloon clung to the beach and caught the light of my headlamp. Tonight, I’m staying with my friend Monica in Key Largo.

She asked me to do something when I started this trip, kinda out of nowhere and a bit odd.

“Can you keep track of all the balloons you find?” she said. “They’re one of my pet peeves.”

The wilderness always favors those who leave no trace.

Florida Bay Outfitters is a great kayak shop in Key Largo. Definitely check them out if you are hoping to paddle in the keys. Very nice people and great knowledge of the area.