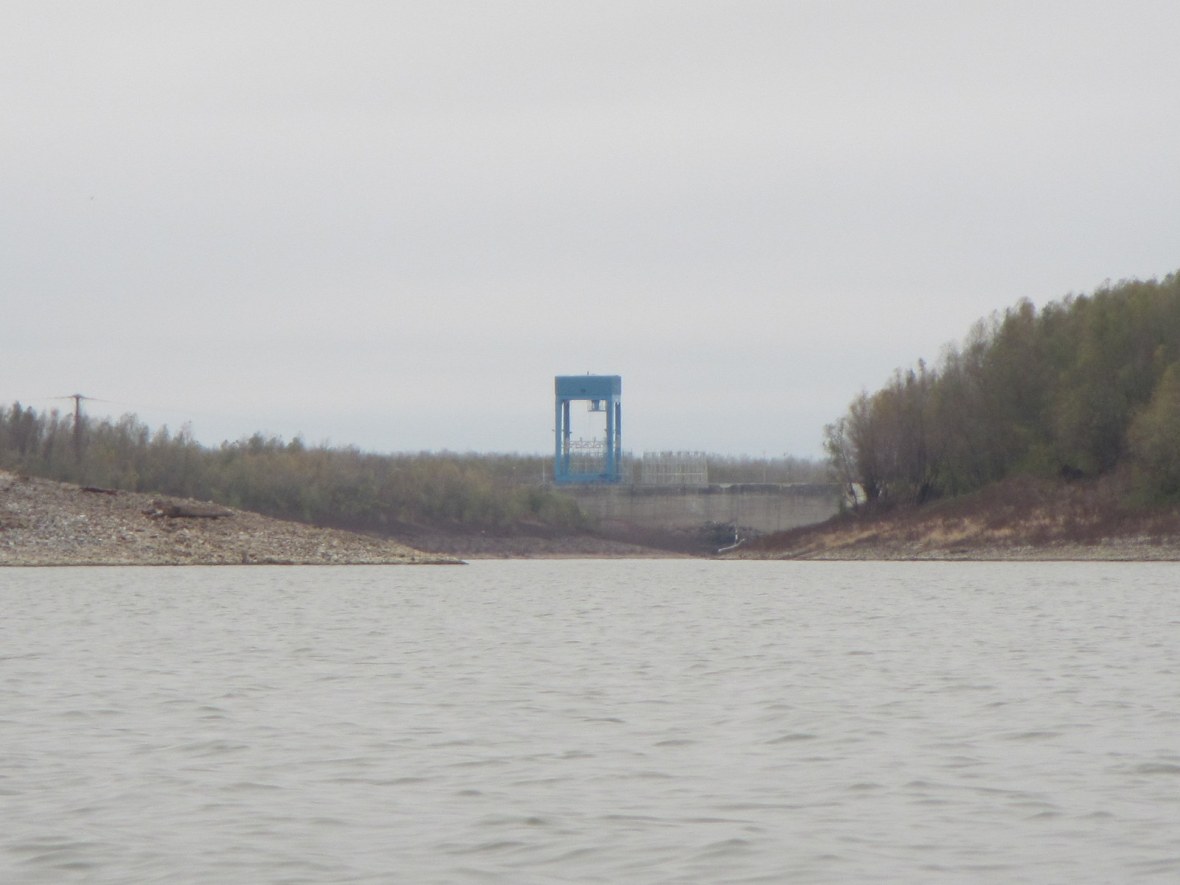 From the low water of a drought-starved Mississippi, the Old River Control Structure doesn’t look like much–a line of concrete, some metal, an odd lock and dam–but it’s where the Army Corps of Engineers wages its last battle with the Mississippi, the one the world says they cannot win, the one that hangs over New Orleans like the edge of a guillotine.

It’s a line between two rivers, a streak of mud and dirt separating the Mississippi’s long slow path to the Gulf and the Atchafalaya’s steep descent. The Mississippi is bored with its path, bored with the slow muddy turns, the long delta it’s created over the centuries, and it wants to leave. It’s no fault of the river’s, it’s never stayed anywhere long and never promised anything else, always shifting, moving from side to side, spilling its silt and building Louisiana into the ocean until it coughs up enough dirt to extend a continent and moves on, finds another route, spills out somewhere else.

Slow at first, maybe just a trickle that flows over a bank in a flood, a trickle that wears away a small gully, a cut that deepens and flows more every year. The river decides to go, piece by piece, until it’s gone and the old path is a memory. It’s happened since the river first flowed, since silt from Rockies and the Appalachians mixed and rose into Southern Louisiana’s coast, but those Frenchmen who first saw the river, they didn’t see that. No one saw that. They built cities and towns, they built ports and docks, they built civilization and never thought to ask if the river was content to stay. Everything seems fixed in the eyes of man, with our short clocks ticking from birth to death faster than a rock’s single heartbeat.

The river is not content to stay. It’s coughed millions of tons of silt a day in one place for too long and is choking on it. It wants to breathe and the Atchafalaya is the fresh air. Piece by piece the river went until the Corps saw what was happening, until they realized the guillotine was about to slam down on the neck of their grand creation, the humming, manicured artery of commerce through the heart of America.

If the river jumps, the water’s gone and New Orleans is dead. Baton Rouge, dead. The sea ports, dead. The barges, dead. All of it, all of Southern Louisiana’s civilization, dead in a single stroke.

So the Corps went to work, they built spillways and valves, locks and dams, poured concrete and bent metal, built a wall to freeze the river in place, divide it, 30-70, Atchafalaya-Mississippi, make a Polaroid out of a Super 8 world.

I stared as I passed. It looked like nothing special, just concrete and calm water, still like the edge of a guillotine caught mid-fall, but every time the water rises, every time the river swells, that picture shakes, that blade quivers, and New Orleans feels her throat to make sure it is still there.