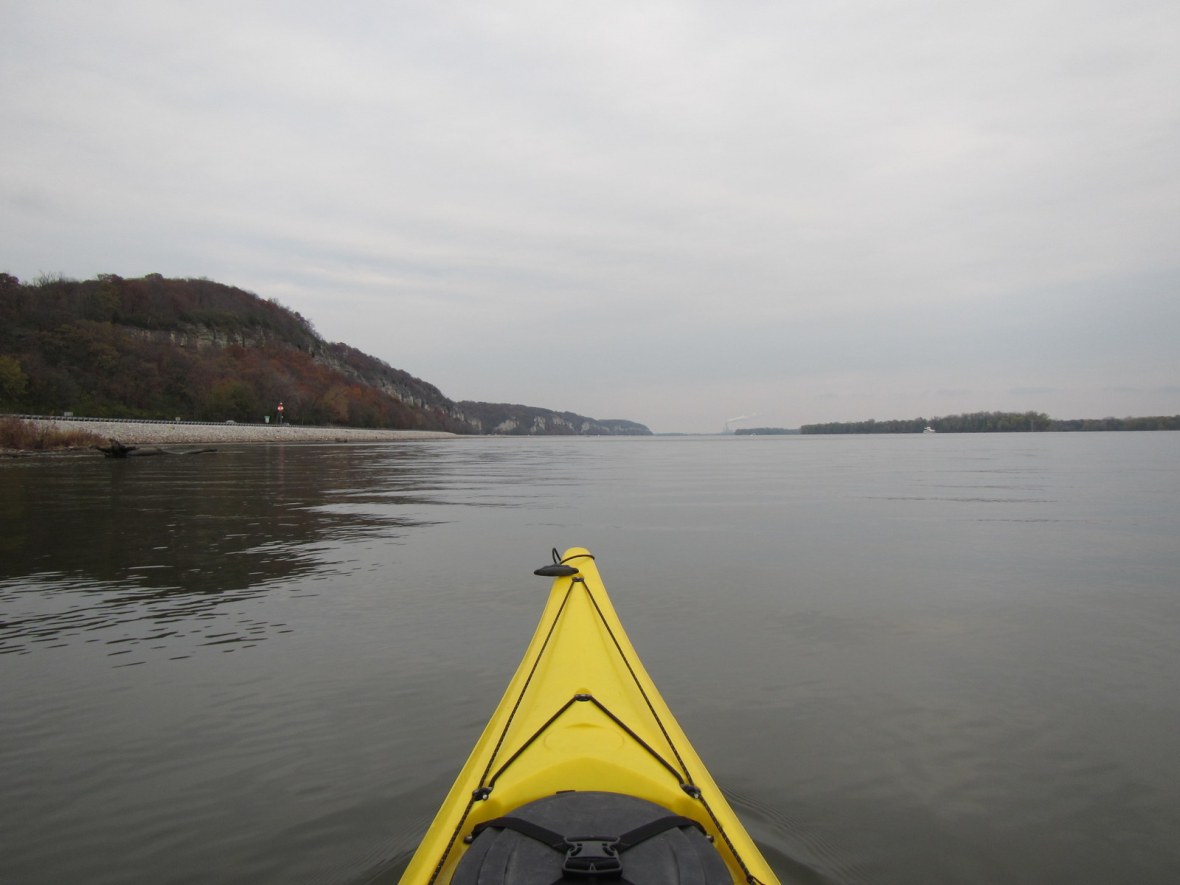 Airplanes criss-cross the sky. A half-dozen barges pass my camp as I make dinner. Yellow lights glow on the horizon.

Cell phone towers blink in the night. Pleasure boats zip across the wide river. Weekend traffic streams down the road underneath a band of cliffs that rise on the Illinois bank like a castle’s wall.

Grafton, Portages des Sioux, their tenor is different from other towns. They feel auxiliary, feel like pieces made up to be escapes and weekend getaways, unable to stand on their own along a quiet stretch of the Mississippi.

I’ve been to the city before. I remember driving past on an interstate with my face pressed against a window to see the Arch glimmering on the riverfront, but I didn’t see the city then, not really, not the way it was meant to be seen.

St. Louis is a river town.

It’s roots are in the muddy bank of the Mississippi. Thousands of paddlewheel steamboats breathed it to life. For hundreds of miles, upstream or down, people dreamed of seeing it, told tall tales about it, waited for news from it. If you’d been there, you’d seen the world and could walk the streets of your hometown sure of envy.