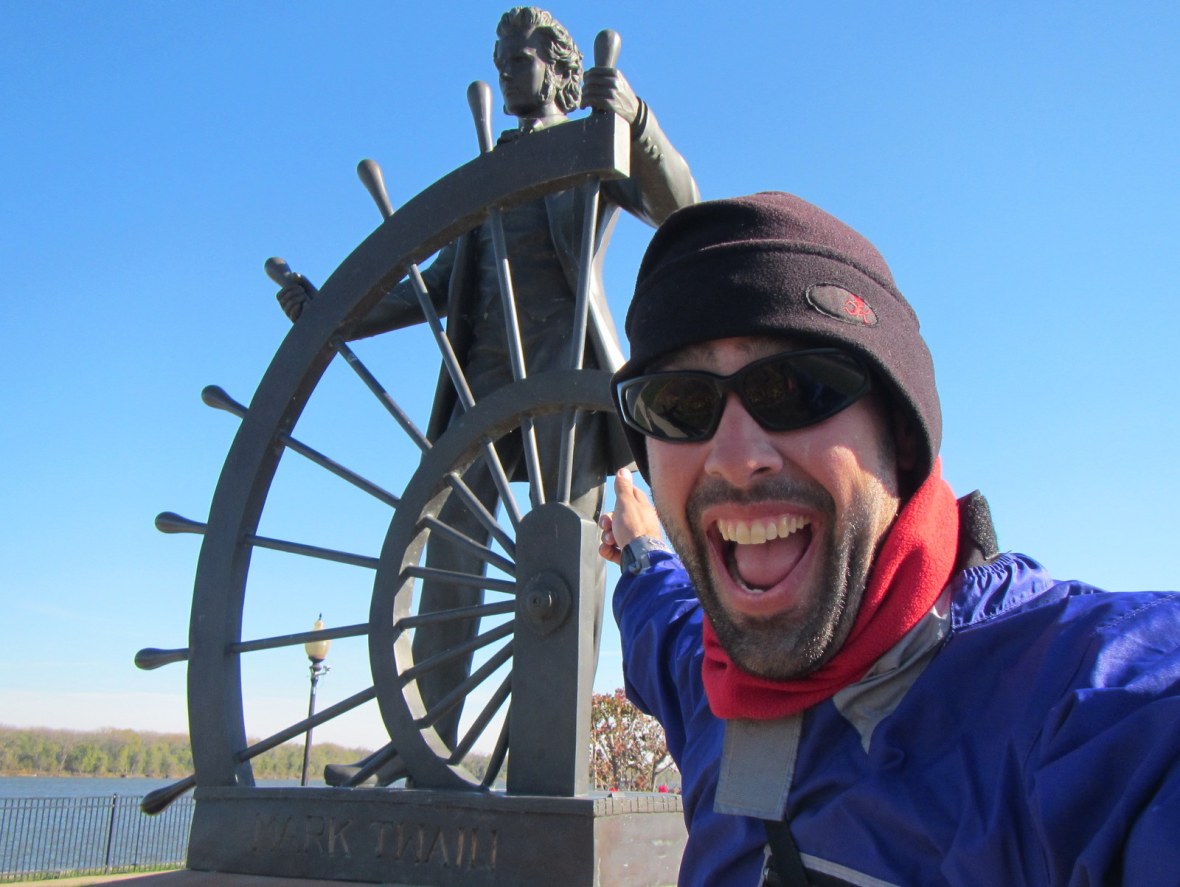 I stood next to the statue of Samuel Clemens and watched the river go by. The entirety of Hannibal, Missouri’s historical district is devoted to him, or more accurately, his pen name Mark Twain.

It’s where he grew up. It’s where Tom Sawyer and Huckleberry Finn are as real as fictional characters can be.

A part of Mark Twain is painted on everything that can stand it in Hannibal. There’s Tom’s house, complete with a fence ready for whitewashing. Across the street is Becky Thatcher’s place. Muff Potter’s jail is gone, but a sign marks the spot. Stores reference Aunt Polly and Pudd’nhead. Huck and Tom have a statue at the end of main street.

It feels a bit too Disney, too made up and perfect, less like Huck and Tom’s hometown and more like an elaborate trick by the King and Duke to separate tourists from their money, but it’s still fun if you see it for what it is.

I wondered around a bit, took pictures, then disappeared back to the river.

Six tugs with ninety barges waited to go through Lock 22. They waited in lines miles long on either side of the lock as I slipped past over the low concrete wall.

I looked at them and thought of Hannibal and how the Mississippi is as made up and perfect as the town. I wondered if Mark Twain would recognize the still water, dredged and trimmed for freight, as the fast-moving, wild river brought to life by his pen. Then I laughed at the idea of Huck and Jim dragging their raft around a lock so they wouldn’t have to wait half the night for a line of barges.

But it’s still fun if you see if for what it is.