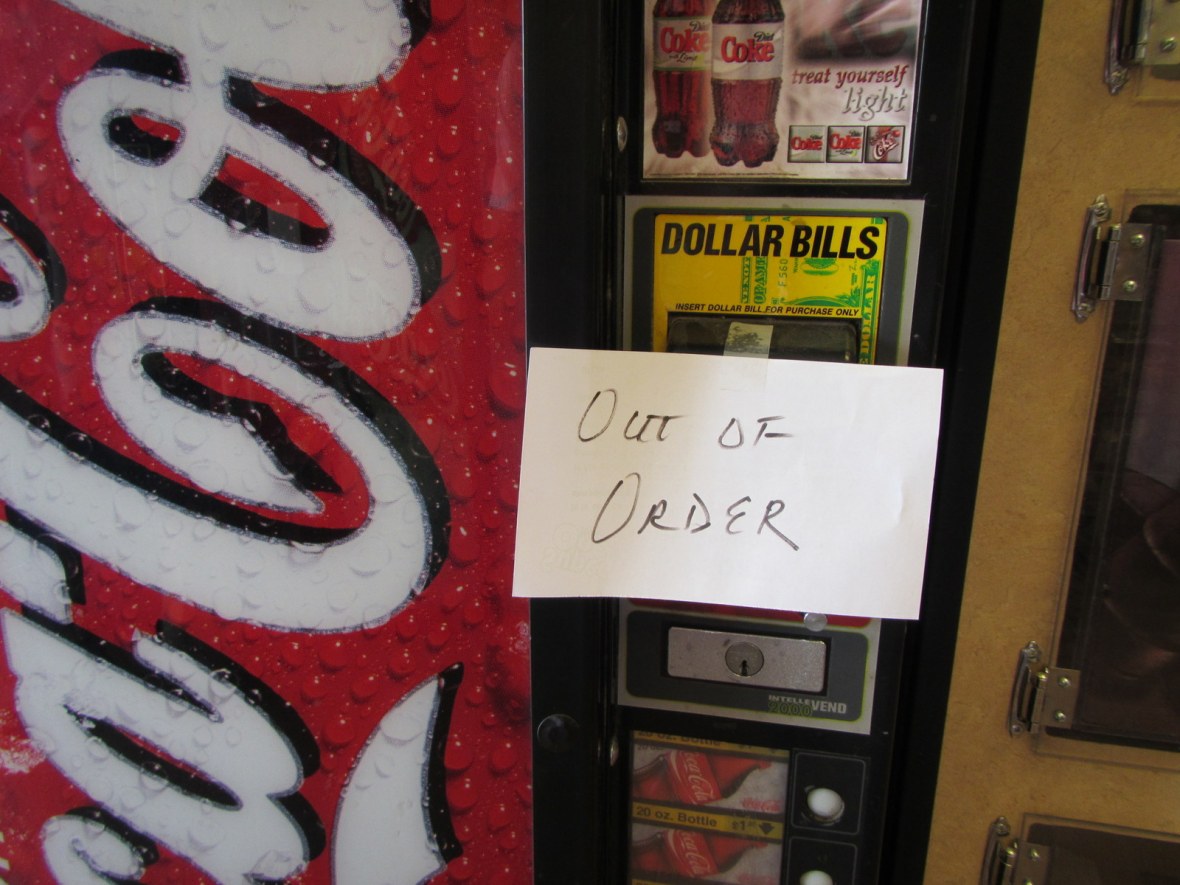 Up the tall twisty slide, down the open twisty slide, under the bridge, up the staircase, across the bridge, set the toy clock to 6, rotate the tic-tac-toe game to all x’s, down the double slide together, around the merry-go-round-twice, on top of the purple dinosaur, over the climbing bars, under the climbing bars, over the metal caterpillar, then everything in reverse.

Two of the cutest kids you can imagine bolted up the tall twisty slide. Knees, elbows, and hands slapped against red plastic. Laughter echoed out of the spiraled tube. A moment later, a head popped out of the top, then a second, and the adventure was on.

To them, that tall twisty slide was the beginning of a grand obstacle course we’d laid out in the playground next to Grandpa Kenny’s house, not a piece of plastic bolted to a platform. In another moment, the slide could have been a wizard’s tower, the prow of a ship, or a superhero’s hideout.

“No, no, no!” I said. “You have to slide down the double slide together or it doesn’t count!”

The two girls looked at me for a moment, decided I was probably right, then raced back up the playground steps to slide again, or at least I thought they were playground steps, perhaps by then they were the entrance to an Olympic stadium.

We all knew the secret when we were kids, that the world is as exciting as you want it to be. We used to imagine pillow forts into castles and dogs into dragons, but somewhere people forget the trick, they start thinking everything’s plain, they get stuck like a rusted gear.

That’s what I love about Kenny and Keith. These guys have been through serious business, both served in the military, one in special forces, the other airborne, both worked on the railroads hauling ore from the Iron Range, both raised families and built homes, but they still have a childish imagination inside them. They scheme about new equipment for sale and how to squeeze it in their garages, they try to buy lighthouses to turn into bed and breakfasts, they find spear points in riverbeds and have secret blueberry patches, they run into a kid kayaking to Key West and treat him like one of their own sons.

Yes, that’s what I love about them, they never froze up.

“Don’t touch the lava,” one of the girls said.

I looked down at my feet and smiled. As I expected, there was no lava, just gravel, but I still told myself that my magic sandals made me immune.

Maybe I just wanted to be safe or maybe I wanted to keep the rust off.