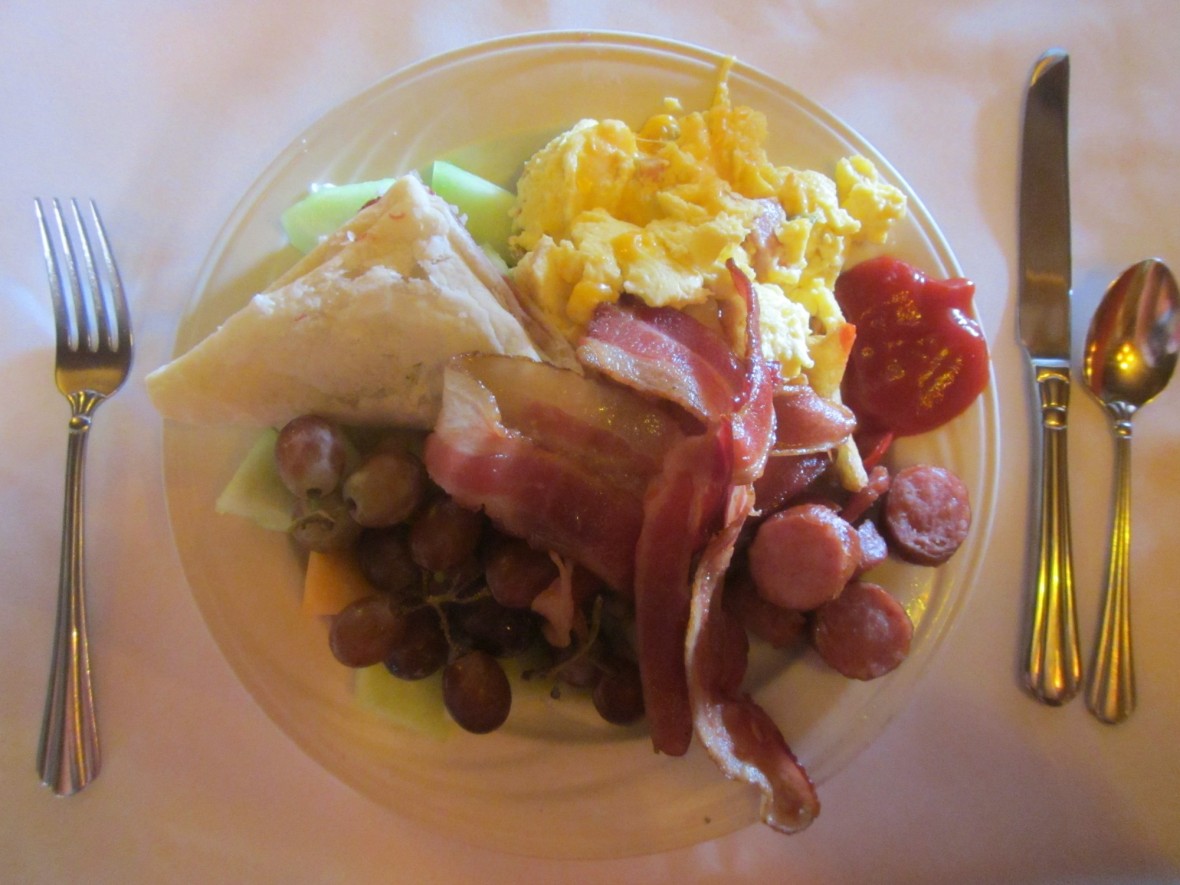 Lucas and his buddy talked about circling Lake Superior for a long time. They talked and talked, then realized it wouldn’t happen unless they just went for it so they got in two boats and started paddling. That’s how he ended up at the Lutsen Resort for the first time.

They were camped on a small beach nearby when a parade of headlamps came down the hill to join them. After working all day, the resort employees were throwing a bonfire party on the once quiet beach. One of the employees grabbed Lucas as the party wound down and told him that in the morning he should go to the resort’s restaurant.

“I still remember the way the orange juice tasted the next morning,” Lucas told me.

It may sound silly, orange juice, something you can find on any convenience store shelf, but I understood. There’s no room for a carton of juice in the nose of a kayak and store shelves are close to parking lots, not beaches. You paddle and you crave and you dream about everything you didn’t bring along. Then you get to a town and you gorge yourself sick because you know that a day later you will be gone again with only your imagination to eat.

Two years after that glass of orange juice, Lucas runs the resort’s recreation activities. On his day off we paddled out of Grand Marais together, just ten miles to the Cascade River, but we were each happy for the company of someone else who understood how it feels to stare in the distance and paddle, to crash on a rocky shoreline as the sun sets, and to wake up and do it again.

There’s something comforting about meeting another long-distance traveler. You look in their eyes and see your own reflection, that same desire to move across the earth, to look at the horizon and go. No matter how many words you write or photos you share, you can’t convey it all, you can’t give it away, it’s yours alone, but you almost feel like they understand you, or at least some part of you that no one else does. It’s one of the few times you feel like you aren’t as crazy as the world wants you to believe, like just maybe the world is crazy and you are sane.

“Hey,” he said as we floated in the water, not quite ready to say goodbye. “You’ll pass the resort tomorrow. Stop in the dining room when you get there and tell them I sent you.”

He smiled at me.