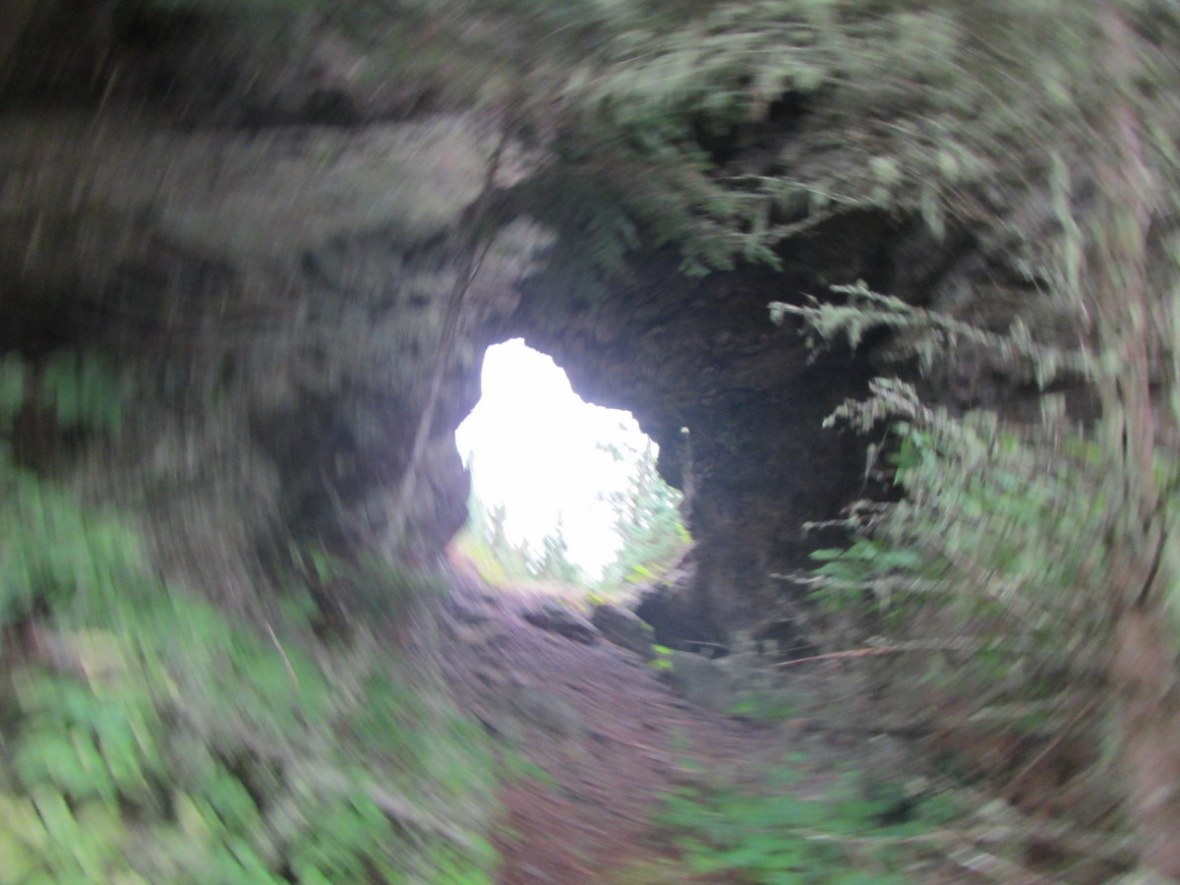 The rangers in Rock Harbor told me there was an arch on Amygdaloid Island, but they didn’t know where it was so I circled it on my map and scribbled “Arch?” in black ink.

In a Belle Isle register I discovered a note that mentioned a trail to an arch and an inland lake, but nothing else.

I picked up my paddle and launched my empty boat. It was too windy to move in the open water, but Amygdaloid Island was a protected channel away. Paddling close to the shore, I beached the boat next to an odd pile of stones that someone piled by hand. Behind them, I found a thin trail leading into the forest.

Every worn stretch of dirt gave me hope. Someone had walked this path before, a lot of someones, so it had to go somewhere. I walked down the path brushing aside branches and scrambling up rocky ridges, feeling like Indiana Jones in search of a lost artifact. Then I turned a corner and the giant arch of stone opened before me.

I looked at it for a bit and took a few pictures, then wished it wasn’t there, wished it would move somewhere else to some other circle and question mark on the map.