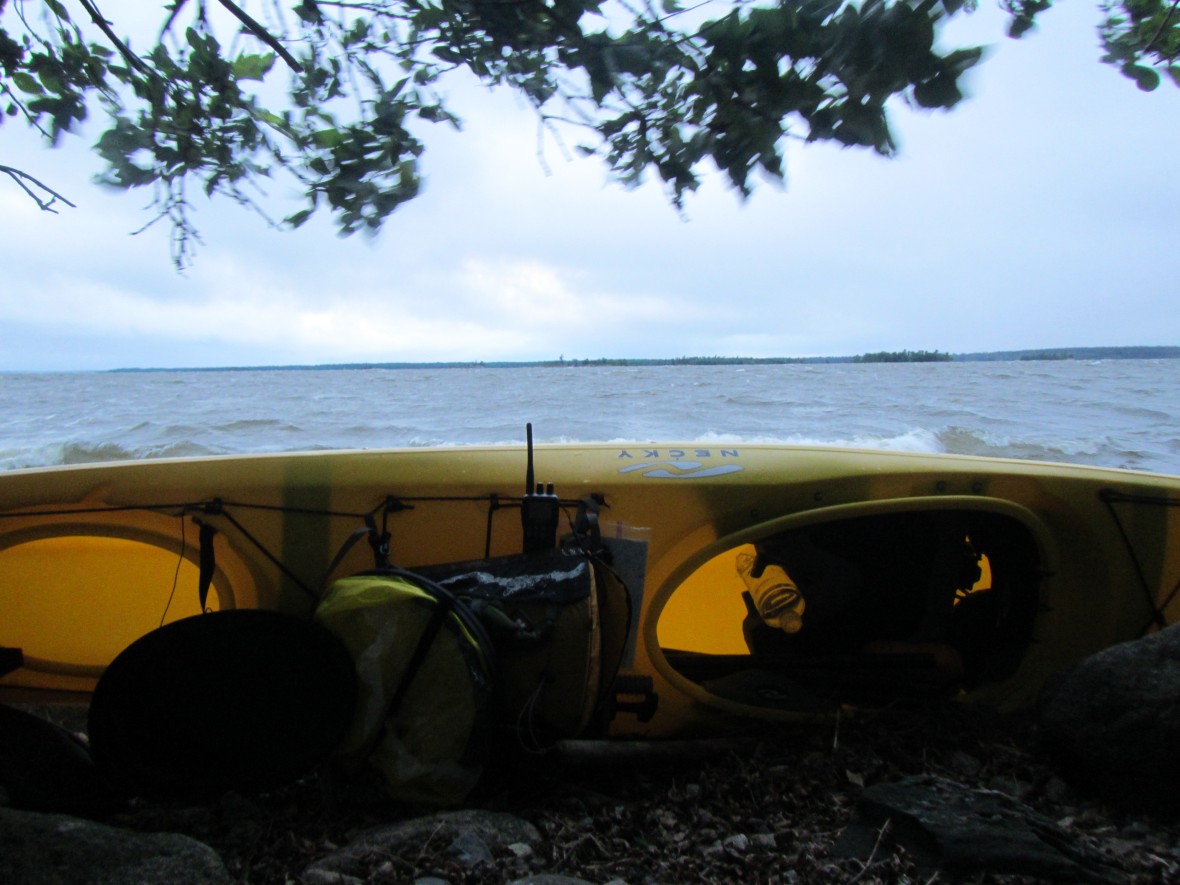 I woke up on Massacre Island, looked at the calm water on the shore behind the Looksha’s overturned hull, and knew I was no longer a prisoner.

A moment of lost focus. A wave crashing over my deck. The shore leaping closer. The sound of my paddle blade scrapping across a rock. The weightless lift of a second wave. The world spinning sideways. The groan of plastic slamming rock. The desperate need to feel land underneath my feet. The snap of my spray skirt. The rush of water spilling into the cockpit. The weight of the boat as I pulled it on the shore. The sudden calm just two feet away from chaos.

I stared at the waves from a rocky slice of shore. The forest leaned over me, crowding me, making me feel claustrophobic. I could only hope the wind would change. Until it did, I could not leave.

Almost three hundred years ago, Jean Baptiste LaVerendrye camped on this island with nineteen French Voyageurs and a priest named Father Alneau. Jean Baptiste’s father, Pierre LaVerendrye, had sent them from Fort St. Charles to bring back supplies for the starving fort. None of them lived to the morning.

A French scout found them two weeks later, their bodies left in a circle, their heads decapitated and wrapped in beaver skins. Then came reports of a Sioux war party with bloodied canoes.

Years later a Voyageur met a Sioux who wore Father Alneau’s signet ring in his ear. The Sioux laughed when the Frenchman asked where the ring came from so the Frenchman took it back, along with the Sioux’s ear.

I ran my finger down a long scratch in the Looksha’s hull and remembered how clean she’d looked was I pulled away the bubble wrap.

“She wasn’t made to stay pretty forever,” I told myself.

I flipped her over, shoved my equipment inside, and paddled away from Massacre Island before the wind changed its mind.