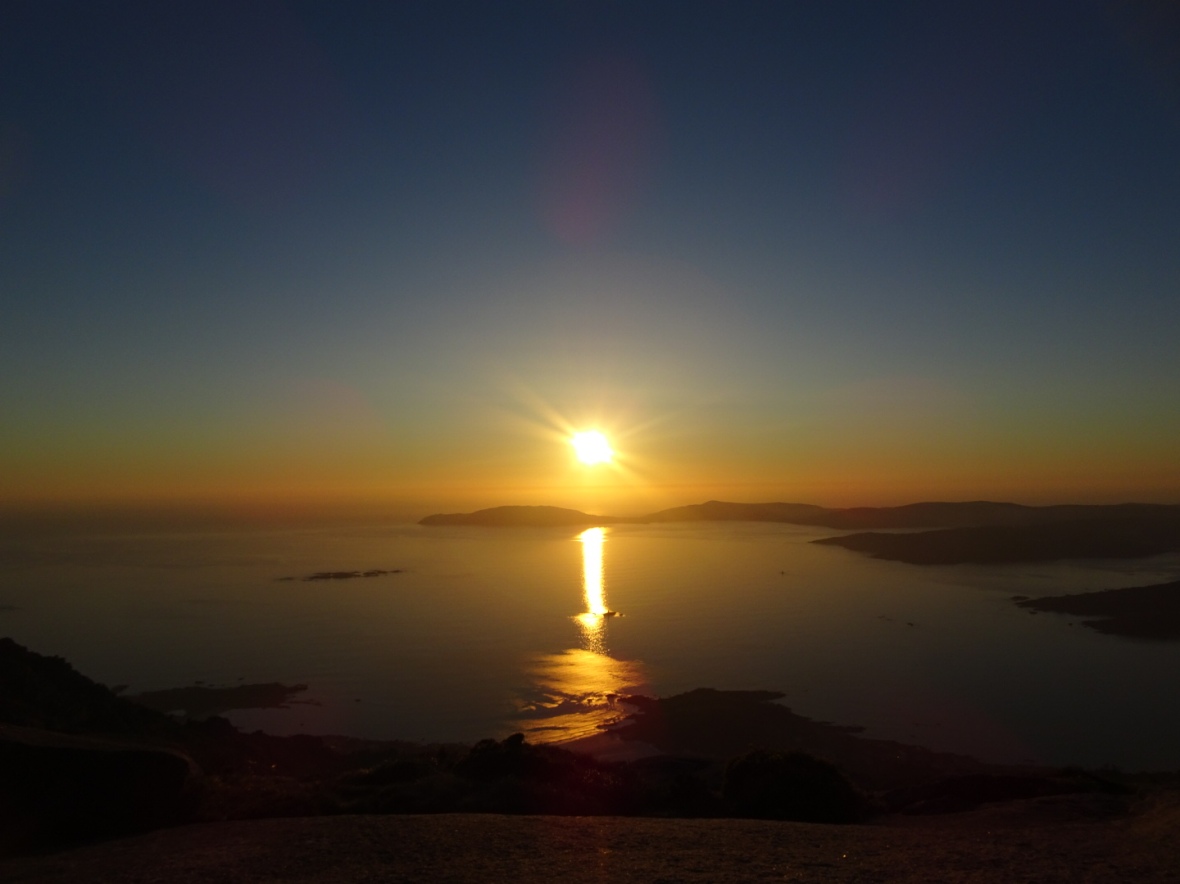 The bus rumbles to a stop. It feels out of place in the tight streets of Finisterre, prowling in the quiet morning like it is some giant beast hungry for the line of waiting pilgrims waiting along the curb. The driver opens the cargo doors and points his fingers, this bin for the bus station in Santiago, this for the train, this for the airport.

Packs pile on packs, their job done, their straps ready to rest on coat hangers in forgotten corners of closets. Tired feet wait in line to pay the driver and sit, skin still fragile from blisters, joints still sore from the grinding roads. There are many smiles.

We give Jorgelina and Amelie one last hug goodbye. They take their place in line and we watch for a while then give one last wave before disappearing around a corner. Two blocks later a man leans out of his window and whistles at us, shaking his stubby finger in the air.

“No,” he says as he points back up a street. “The Camino is that way. Muxía is that way.”

We shake our heads. We aren’t going to Muxía. We aren’t walking the Camino, not anymore, not until we connect to the Portuguese route somewhere to the east.

He looks confused for a moment, then nods and waves us forward as he retreats back into his window. I look across the water to the east, toward a hazy ridge of rock in the distance and wonder what the world looks like from the top.

Sunset would be beautiful, the sun falling behind Finisterre, the light reflecting golden off the silver water, the rocky coast curving and bending in and out. I could watch the cities light up as darkness fell, each house a star scattered along the coast. Lighthouses would swirl on their distant points and rocky isles, blinking their ancient warnings to passing ships in the night. The sky would be alive with stars and moonlight.

I wonder and stare for a moment, then I go, unbound by any trail, guided only by a whim, and the next place on the horizon.