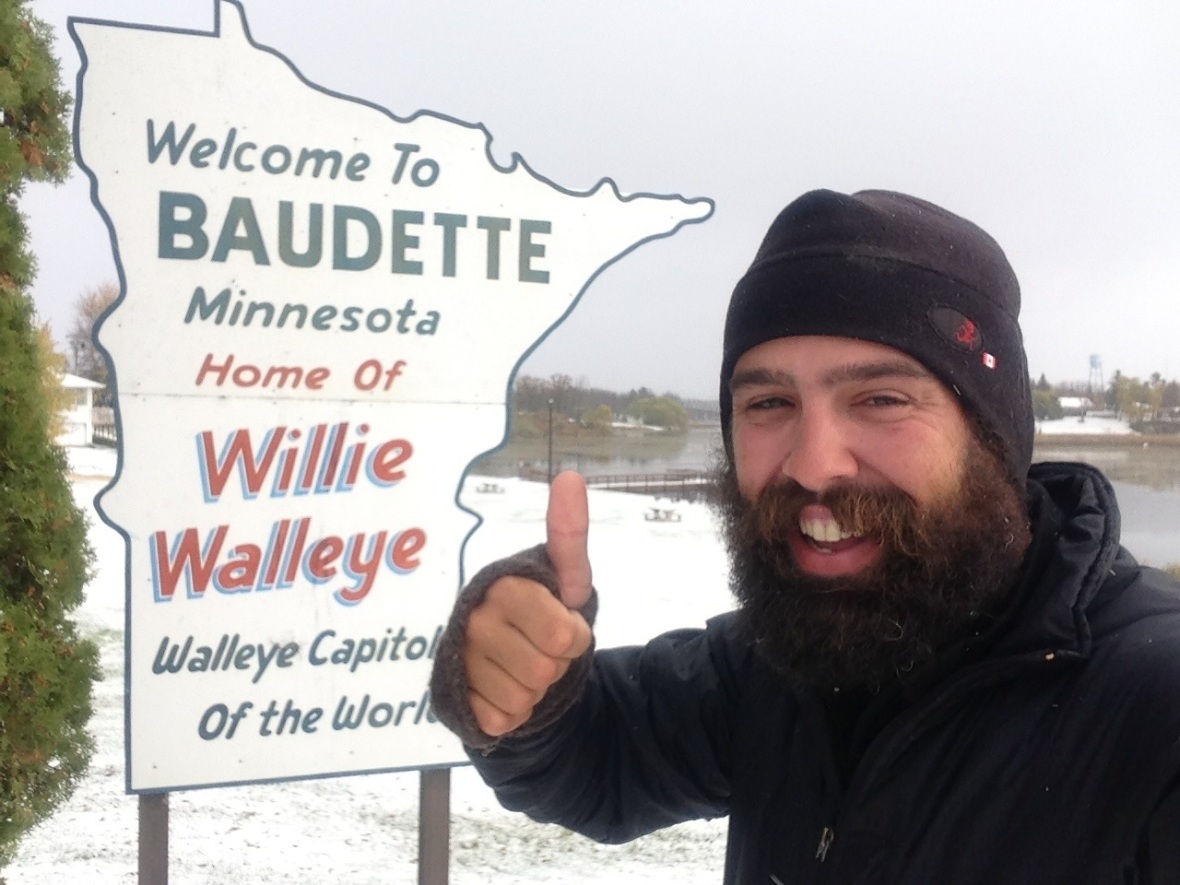 The Rainy moves fast with the current. Miles melt away. Towns slide past. Then you turn a corner and the first two bridges you paddled under stand there waiting, looking the same as the day you took a dozen pictures of them long ago.

One for the railroad, one for the highway. Steel frames stacked on concrete pillars. One side of the Rainy to the other. A custom station on each end. A bus-sized walleye statue named Willie waiting on the American bank.

I remember pulling the kayak onto the shore there. I felt timid, afraid to leave it for a second. I didn’t know anyone and didn’t know what to do.

Get to the library, I thought. Get on a computer. Send a message home. At least let your parents know you’re ok.

I decided to take the boat with me. I put it on wheels, rolled down Main Street, crossed the highway, and walked the few blocks to the library. I left it in the grass right outside the door where I could watch it from a window because that is what you do when your dreams are wrapped up in 17 feet of plastic and you’re all alone in the world.

But I wasn’t quite alone. The librarian, her name was Janet, she told me not to worry, that the kayak would be safe there, that she’d keep an eye on it. I sat in a big, comfy chair and pulled out my computer, trusting her eyes for a bit.

That afternoon, her husband Neal came and picked up the boat and me from the library steps so I could stay with them. I remember sitting around the backyard table with Neal and his buddies, Bog Man and Brian. I sipped beer while cans stacked up taller than tales. I learned that I had to fish, for their sake at least, and that the words “unga munga” mean just about anything you need them to. They fill that space between vocabulary and reality, fitting nicely wherever you put them.

It snowed just before I pulled the kayak out of the bay this time. White flecks of ice bounced off the boat, piled in corners, melted down. I shook them off my freezing hands and kept going, not timid, not unsure, certain this time, seeing those two bridges and knowing where to go, knowing I now have family in Baudette.

But I only made it two blocks. Just two. Up the hill and almost to Main Street. Then Neal found me. He stopped in the middle of the road, jumped out, and gave me a hug.