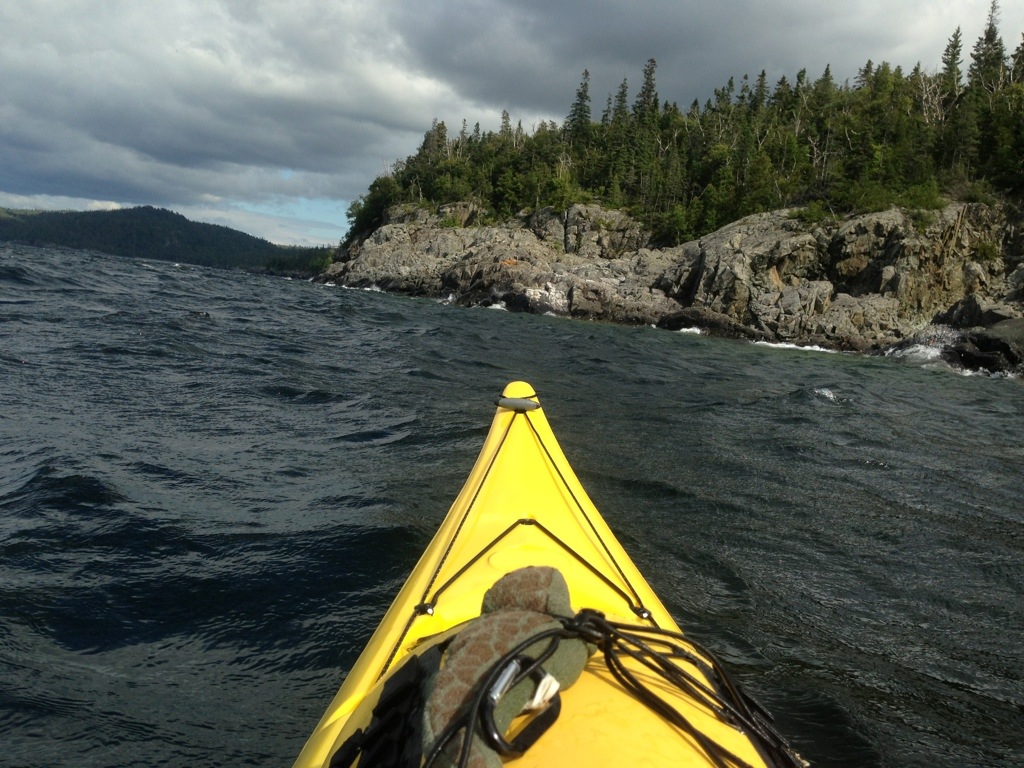 Silver blue waves slide down the coast from the north. The wind pushes behind them, gusting and bullying the water, defied only by a sheet of grey clouds that move across the sky on a current all their own.

The air feels off and unstable. It doesn’t make sense to me. I expect betrayal and my eyes never leave the sky for long

Waves rise in protest as soon as I venture into them. They toss the boat between peaks, smash the hull down, and crash over the deck. Against rock walls the water turns into a chaos of rising and falling surfaces, energy moving in all directions at once. The lake is an ocean again and every unused moment from the last three days haunts my thoughts.

I fight for inches, hopping from cove to cove, darting around points, resting in bays, sneaking forward in pieces. My eyes are always on the unstable sky, my heart always beating faster than I like. I feel like a thief stealing miles from a day that doesn’t belong to me.

I stop in a small cove after working past a long, rocky wall. The sun won’t set for hours, but I’ve begun to feel the weight of each stroke in my arms. I sit in the calm water for a moment to decide, look out at the waves rushing by, then drift to a slice of protected beach and drag the boat ashore, content with eleven stolen miles.